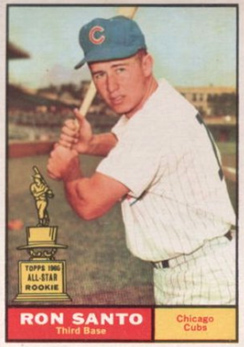 Police on Monday released the names of two of the four men suspected of taking part in the failed July 21 bombings and also confirmed that a fifth device similar to others used in the botched attacks had been found in a west London park.

Peter Clarke, head of the Metropolitan Police anti-terrorist branch, released new images of some of the men who tried to bomb three subway cars and a bus. He identified two of the suspects as Muktar Said Ibraihim, also known as Muktar Mohammed Said, 27, and Yasin Hassan Omar, 24.

And with the discovery of what could have been a fifth bomb, police say the manhunt has become a race against time, Roth reports.

An inquest opened Monday into the death of electrician Jean Charles de Menezes, 27, shot dead inside a subway station on Friday by officers who mistook him for a potential suicide bomber.

"We are all desperately sorry for the death of an innocent person and I understand entirely the feelings of the young man's family, but we also have to understand the police are doing their job in very, very difficult circumstances," Blair said.

The British Broadcasting Corp. reported that the visa of electrician Jean Charles de Menezes, 27, had expired, suggesting this may have been why he ran from police Friday before being shot. However, Menezes' cousin said the visa was still valid.

"They have to pay for that in many ways, because if they do not, they are going to kill many people," his cousin, Alex Pereira, told BBC television. "They killed my cousin; they could kill anyone."

Menezes was followed by plainclothes officers after he left an apartment bloc in Tulse Hill that was under surveillance. Wearing a padded jacket, he boarded a bus and traveled to the nearby Stockwell subway station. According to officials, his clothing and behavior aroused the suspicions of the police who ordered him to stop.

Witnesses said Menezes ran into a subway car, where officers shot him. It was unclear why Menezes, who spoke English, did not stop.

Metropolitan Police Commissioner Sir Ian Blair expressed deep regret for Menezes' killing, which he described as a "tragedy," but defended his officers' right to use deadly force against suspected suicide bombers.

"I am very aware that minority communities are talking about a shoot-to-kill policy; it's only a shoot-to-kill-in-order-to-protect policy," he said. "The only way to deal with this is to shoot to the head ... There is no point in shooting at someone's chest because that is where the bomb is likely to be."

Police arrested two more suspects Monday in connection with the attempted July 21 attacks, bringing to five the number in custody.

Police did not release any details of the arrests, except to say that they were not carried out at the home of one of the four suspected bombers that was being searched. A police spokeswoman, who asked not to be identified in accordance with British practice, would not say where the two were arrested.

Two other men were arrested in London's southern Stockwell neighborhood Friday and one was arrested Saturday in nearby Tulse Hill — all "on suspicion of the commission, instigation or preparation of acts of terrorism" for the July 21 attacks.

Police say they are looking for more suspects because investigators believe a wide network of al Qaeda-linked operatives staged the attacks. The network could include bomb-makers and those who coached the young suicide attackers before their mission, according to police.

Investigators are pursuing leads that seemed to indicate a link between the unsuccessful attacks on July 21 — when bombs only partially detonated — and the suicide bombings two weeks earlier that killed the four bombers and 52 other people.

Asked if the two attacks were connected, Ian Blair said "we have no proof that they are linked, but clearly there is a pattern here."

Ian Blair said police were "still anxious for any sighting of the four individuals" whose images were released after being spotted on surveillance camera footage fleeing the scenes of the failed bombings, suggesting that none of the four are among the men now in custody.

Police were reportedly investigating whether some of the July 21 suspects may have visited the same Welsh whitewater rafting center as two of the July 7 suicide bombers: Mohammed Sidique Khan and Shahzad Tanweer.

The two bombers went whitewater rafting there July 4, according to the National Whitewater Center. Police have refused to comment on reports that a brochure for the rafting center was found in an explosives-laden knapsack that failed to detonate on a bus July 21.

In emotionally charged visits, relatives and friends of people killed July 7 visited three subway stations, and a central London street where a double-decker bus was blown up, to pay their respects. Many broke down in tears as they laid flowers at the sites of the explosions. Earlier, more than 230 relatives and friends attended a briefing on the investigation by police.