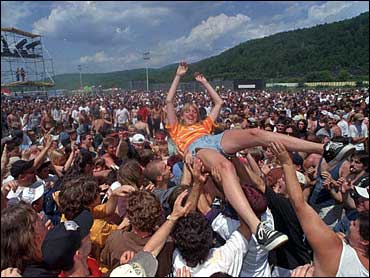 The Lollapalooza music festival tour has been canceled just three weeks before it was supposed to start.

Tour organizer Perry Farrell writes on the tour's official Web site that his "heart is broken" from scrapping the tour. He blamed poor ticket sales.

The tour co-founder, Marc Geiger, says he's in "utter disbelief" that fans weren't buying tickets for what he says was "the most exciting line-up" he's seen in years.

The tour would've featured Morrissey, Sonic Youth, P.J. Harvey and the Flaming Lips, among others.

Fans who bought tickets will get full refunds.