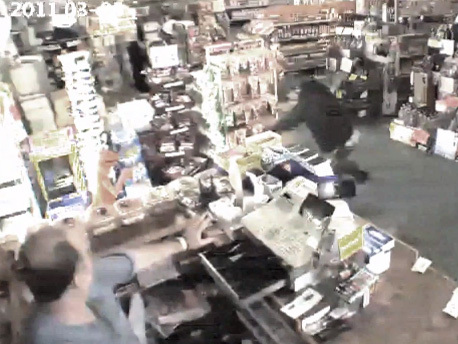 (CBS) - Such bravery! Such courage! Such fuzz! In the midst of a convenience store robbery, someone very surprising stepped in to stop it. Police? Nope. Batman? Wrong again. An orange sock puppet? You got it.

The obviously fake but humorous clip has the orange sock puppet step in and begin throwing items at the robber, forcing the thief to run. Police are now looking for this hero in orange who has stepped in to stop other robberies it turns out. You will definitely get a LOL out of this one.