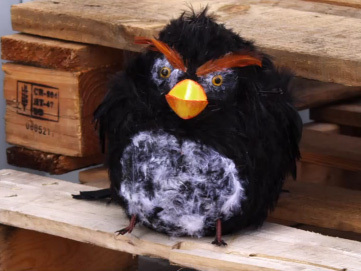 (CBS) - Have you heard of this little game called Angry Birds? Supposedly it's become something of a phenomenon. Oh, you have! Then you will definitely get a LOL from this fake movie trailer depicting a real-life version of the game.

In the trailer a young man is introduced to the military's multi-billion dollar, top secret weapon: angry birds! Using a slingshot and the secret weapons, he has to take on the pigs, but lines become blurred when he's not even sure who the enemy truly is anymore. It has action, drama, and lots of LOLs - what more could you ask for?