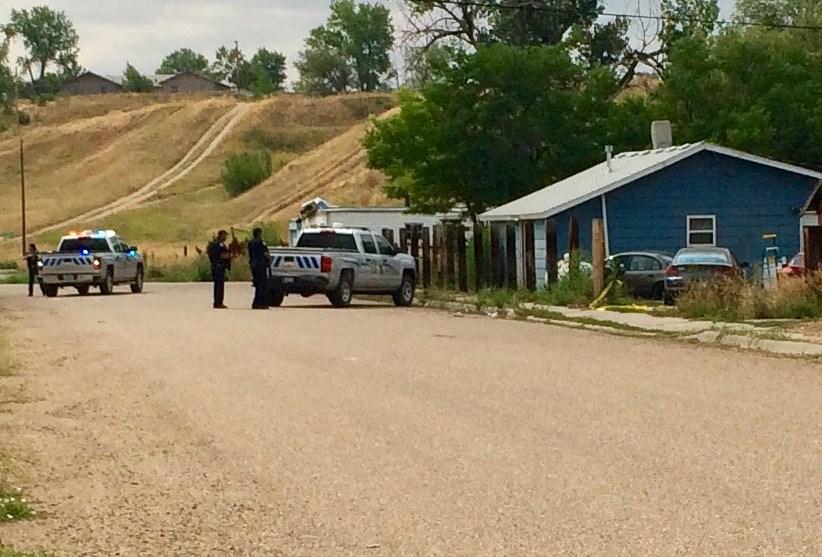 LODGE GRASS, Mont. -- Drugs and gang activity were factors in a residential shooting that killed three people and injured two others on Montana's Crow Indian Reservation, the tribe's chairman said.

"I want to offer my condolences to the family and friends of those involved. I ask all Crow Members, and all Montanans, to pray for those of us affected by this tragedy as we mourn the loss of life," he said.

Levi Flinn, a Crow Agency spokesman, said he did not have additional information Sunday.

"Drugs have a devastating affect on our communities, and yesterday's incident is a reminder of that," Not Afraid said in his statement on Saturday.

Investigators did not say whether anyone was being sought in connection with the shootings, however KTVQ-TV writes that a suspect remains on the loose.

Lodge Grass is a town of just more than 400 people about 65 miles southeast of Billings.

The tribe announced a 9 p.m. to 5 a.m. reservation-wide curfew as a precaution after the shootings. The Crow Agency Police Department said the curfew would continue at least through Sunday night.

The Crow Indian Reservation encompasses nearly 5,000 square miles, or about the size of the state of Connecticut. Roughly 8,000 tribal members live on the reservation.

The FBI, the Bureau of Indian Affairs, the Montana Highway Patrol and the Big Horn County Sheriff's Office were investigating. FBI spokeswoman Sandra Barker said Sunday there have been no arrests, but did not state whether anyone was being sought in connection with the shootings.

Tribal leaders planned to hold a meeting late Sunday with the FBI and Bureau of Indian Affairs on the investigation, Flinn said.