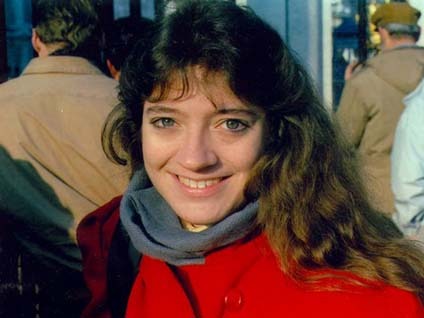 Nearly 22 years after the death of her daughter, Susan Cohen can still hear the Syracuse student's voice in her head. Her daughter, Theodora, was one 259 people who died on Pan Am Flight 103 in December 1988 when a bomb sent the Boeing 747 crashing to the ground, in what would later be called the Lockerbie Bombing.

The man convicted of the bombing, Abdelbaset Ali Mohmed al Megrahi, was sentenced to life in person and served more than two decades before being released in 2009 on compassionate grounds when he was diagnosed with terminal prostate cancer. The same doctor that originally diagnosed Megrahi now says he could live for up to 10 years. This news has left family members of the victims outraged.

"This is absolutely horrible," said Cohen. "I don't think he should have been released for any reason."

Cohen suspects that there were other factors that played a part in the release of Megrahi, who wasn't expected to live more than three months after his release.

"It's about money and oil, and everything else is just cast aside." She said. "The rights of the people, justice; they are just swept aside so that those who want to make big profits can make big profits. It has nothing to do with a compassionate release."

Susan has also spoken with other family members of the victims and said they share similar feelings about the release of Megrahi.

"Everyone is horrified but [Megrahi's release] is not surprising. It is not unexpected."

"This was mass murder and this man was supposed to serve his time in prison. We were reassured," said Cohen. "We had him and that was some small justice. It's gone now. It's almost as if [the bombing] didn't happen and like they tried to erase it."

Cohen believes the diagnosis from Dr. Karol Sikora, a British cancer specialist, was corrupt from the start.

"He should lose his job," she said. "Why would you have the opinion by anyone on the Libyan payroll?"

Cohen calls the whole situation shocking and disgraceful and questions what kind of message it will send on the United States' stance on terrorism. Susan, 72, says that America in its prime would have never stood for this without military force. She doesn't believe there will be any justice for the people who lost their lives on Flight 103.

"Justice is dead," said Cohen. "I would've liked Megrahi to have the death penalty."

Four senators from New York and New Jersey are currently asking the State Department to investigate whether oil company BP had a role in the release of Megrahi to help secure a $900-million dollar offshore drilling deal with Libya.