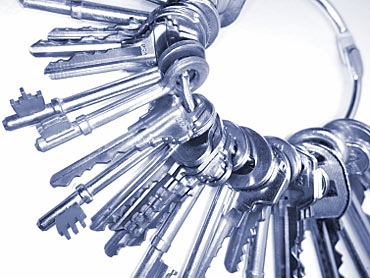 (CBS)
MINNEOLA, Fla. (CBS/AP) Local Florida officials are all keyed up as they were forced to change the locks on every city-owned building in Minneola, because a truck with all the keys inside was stolen over the weekend.

Officials said Tuesday that about 150 locks had to be changed.

When employees arrived at a wastewater treatment facility Monday morning, they discovered that a city-owned truck had been stolen. Officials say a set of keys had been left in the truck that could open the doors to every lock in the city, including those at City Hall, the fire department, the library, lift stations and recreational facilities.

City Manager Sam Oppelaar say employees checked all the city facilities on Monday and found no signs of tampering.