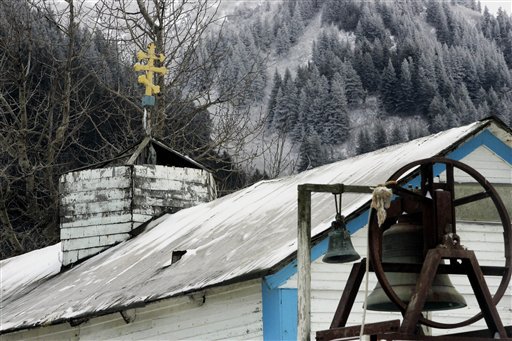 Greg Lloyd is back on the field with the Pittsburgh Steelers. The only question is for how long.

Lloyd was visibly limping from an ankle sprain and staph infection he developed late last season, but Cowher still was surprised as anyone that his one-time star linebacker had strapped on his helmet.

"He knows what he can and can't do," said Cowher, who felt Lloyd wanted only to determine how far his rehabilitation has progressed.

It was obvious Lloyd wasn't close to being ready to play in a game.

Asked how Lloyd looked, Cowher said, "You saw it as well as I did. ... He was out there, that was the main thing."

The day before, Cowher said Lloyd's recovery was slower than anticipated.

"We've got to get him healthy. This has taken a lot longer than anybody expected. I'm hoping he'll come back and be 100 percent, but until we get to that point, there's no point in talking about anything else," Cowher said.

"It's not like we sit down over tea and talk about it," Lake said. "He just wants to play football."

Still, the question remains if he'll be playing in Pittsburgh, where he was a five-time Pro Bowl linebacker before sustaining two serious injuries in as many seasons.

Lloyd was beginning to recover last season from the serious knee injury that sidelined him for all but one game in 1996 when he injured an ankle in Philadelphia in November.

Lloyd subsequently developed a staph infection that caused him to lose an estimated 25 pounds and required two weeks of hospitalization. His agent said the infection was so serious that it potentially was life-threatening.

The outside linebacker didn't play again as the Steelers advanced to the AFC championship game, and his on-field work Tuesday was his first since the Philadelphia game.

If Lloyd does not round into game shape by the time the Steelers report to training camp in Latrobe, Pa., on July 20, there is speculation they will release him and his $2.8 million salary.

If the Steelers choose to cut Lloyd, they first must be certain he has healed from any football-related injuries, lest they leave themselves open to a grievance that could force them to pay Lloyd's salary.

Meanwhile, Cowher, the first Steelers coach in history to hire an agent, said his ongoing contract negotiations aren't a distraction to him, so they shouldn't be to his team.

"I haven't discussed them (the negotiations) and I don't plan to now," Cowher sad. "I can tell you certainly there's no distraction on my part and, that being the case, it won't be for the players as well."

Cowher, who has two years left on his contract, apparently wants to increase his estimated $850,000 a year salary to the $2 million level reached by only several of the NFL's elite coaches.

Cowher has tactfully declined to deny speculation he would be interested in coaching the expansion Cleveland Browns should his contract talks break off.

"I've coached the Steelers for six years, and I'd like to coach them a lot longer," Cowher said.