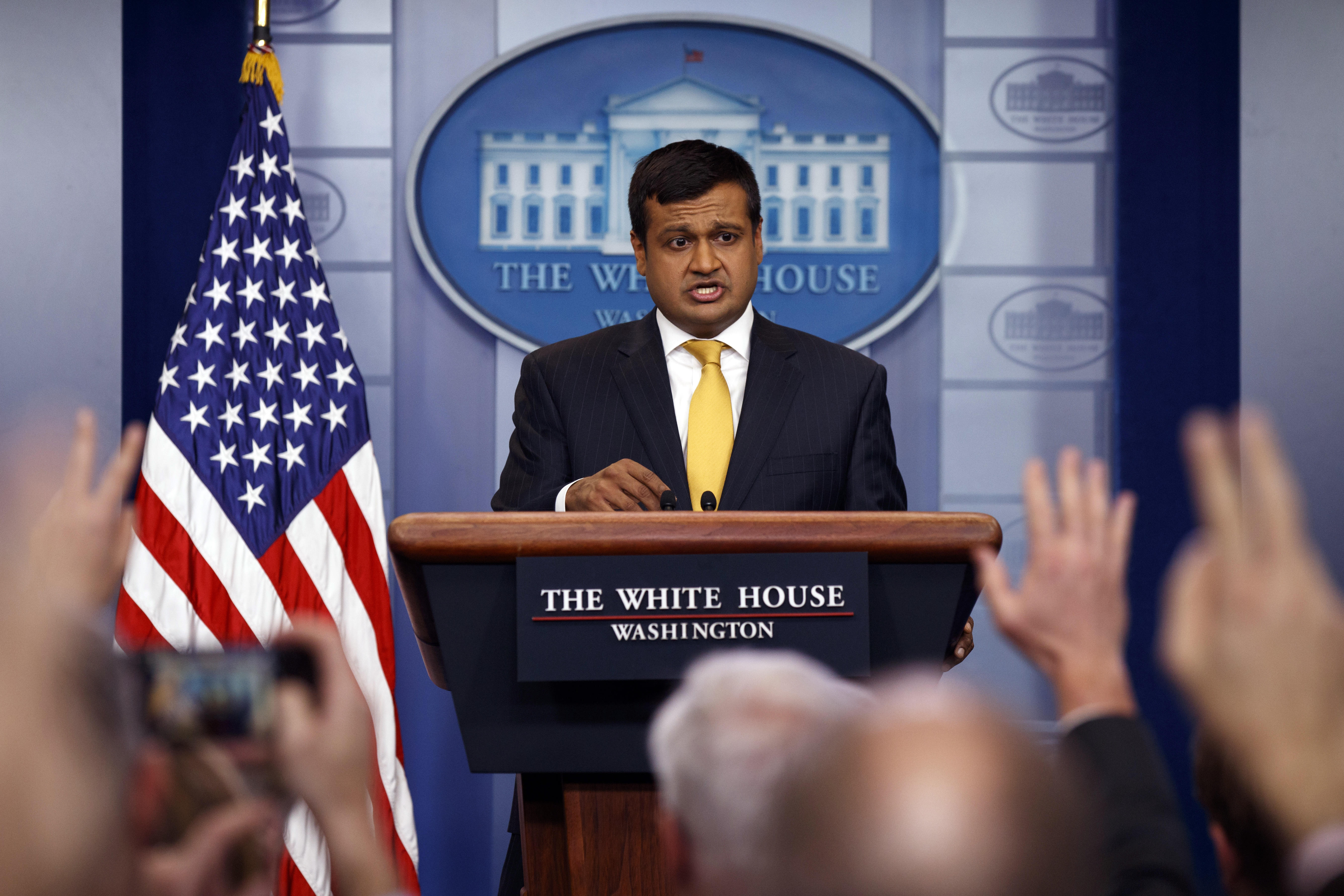 The White House said that it is still in the "listening phase" on developing gun safety measures and is not yet ready to take legislative action. "The president is proposing ideas -- he's listening right now," White House deputy press secretary Raj Shah told reporters Thursday during the White House press briefing.

Calls for gun control measures have been ramping up after the Parkland high school mass shooting that left 17 teenagers dead last week. In response, the Trump administration has been weighing plans to curb gun violence in the United States.

Earlier Thursday, President Trump suggested that teachers who are "adept at guns" could receive a bonus for their training in an effort to keep schools safe from armed shooters.  Shah reiterated that the president favors training and arming up to 40 percent of school employees.  Those teachers, coaches, custodians and administrators carrying concealed weapons would be eligible for bonuses. But who would pay for these measures is unclear.

"When you have a horrific shooting like you had last week and some other school shootings that we've seen - these horrible tragedies - what we think and don't think is practical can change," Shah said.

President Trump has also directed Attorney General Jeff Sessions to draft regulations that would ban any devices that would turn legal, semi-automatic firearms into automatic weapons, like bump stocks. He has also emphasized the role of mental health in mass shootings and broached the idea of age limits for some gun sales.

The only daylight between the White House and NRA appears to be on an age limit for semi-automatic gun purchases. The president supports a minimum age of 21, while the NRA opposes that limitation. Mr. Trump spoke with NRA political chief Chris Cox this weekend.

Mr. Trump is not considering a blanket ban on assault weapons, something he supported before running for office.

Shah said the president would provide political cover for incumbent Republicans who back his firearms proposals if a primary challenger backed by the NRA decides to run against the incumbent.