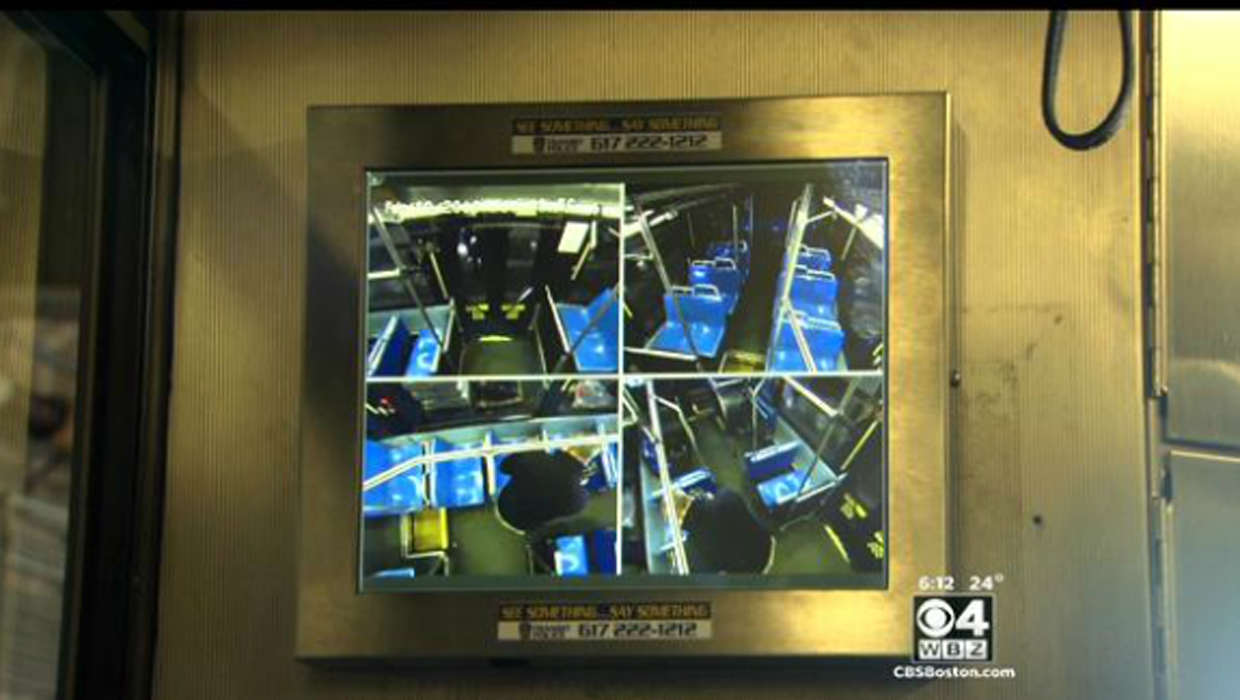 Sophisticated new 360-degree lenses embedded in the ceilings and walls of the buses. Some of them will also have flat screens so that passengers - now just the police - can see what's going on.

“I think it’s great, anything that makes the public feel safer,” one woman told the station.

There is no audio but there are also cameras on the exterior of the buses, according to CBS Boston.

Currently, there are about 10 buses outfitted with the new technology, but by the summer, more than 225 are expected to be equipped.

Touch screens are also set to be installed in eighty transit police cruisers so officers can get a live shot of what’s going on in a bus that they may be following, reports the station.

“It is pretty amazing. You pull up the camera system, then you already have a description of the suspect. He could be looking at the cameras as you are following the bus,” MBTA Transit Police Officer Luke Sayers said.

Transit Police will also reportedly be able to monitor hundreds of buses in real-time, simply by clicking a mouse in their downtown dispatch headquarters.

“The riders of the MBTA have been asking for cameras for a long time and we think that this will give them confidence that we are doing everything possible to protect them,” said Deputy Superintendent of the MBTA Transit Police Joe O’Connor.

The technology is expected to soon cover 70-percent of MBTA bus routes.

The agency says it's the first in nation with this technology.