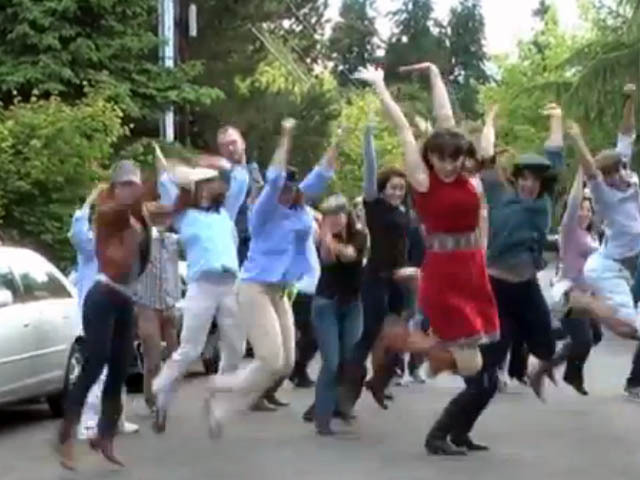 (CBS News) Break out the record books (and the Kleenex.) You're about to witness history in the above video: the world's first live lip-dub marriage proposal. We love creative proposals here at The Feed, and this one has it all: an unsuspecting girlfriend, a catchy song, sixty of your closest family and friends, and some killer choreography.

As Isaac, the groom-to-be, explains in the video: "On Wednesday, May 23rd, 2012, I told my girlfriend to meet me at my parent's house for dinner. When she arrived I had stationed my brother to sit her in the back of an open Honda CRV and give her some headphones. He 'wanted to play her a song'..."

This charming and creative proposal has already been viewed over five million times. Add in the sixty family and friends that helped out for the video, and that's a lot of people invested in Isaac and his fiance's happiness. But judging by the faces of the happy couple at the end of the video, we don't think they'll have any problems at all.