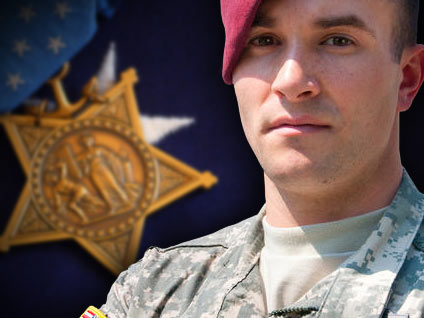 If U2, Paul McCartney, Pink Floyd and Coldplay made London the rock capital of the world on Saturday, Philly was where hip-hop represented.

Kanye West, Jay-Z, the Black-Eyed Peas and host Will Smith led the U.S. edition of the Live 8 concert series before a sun-drenched crowd.

After British rockers the Kaiser Chiefs kicked things off with their hit "I Predict a Riot," hometown boy Smith took the stage to begin hosting duties.

"Right now you're watching the biggest concert event in the history of the world," Smith said. Pleading for leaders of the G-8 summit to "end this daily tragedy" of African poverty, Smith was beamed around the world by satellite as he led the global audience in snapping their fingers every three seconds, signifying the child death rate in Africa.

"Today, we are here to declare our interdependence," said Smith in the city where the U.S. Declaration of Independence was signed. "Today we hold this truth to be self-evident: We are all in this together."

Later, the rapper-turned-movie star returned for the most theatrical performance of the day. He was carried onto the stage on a throne, with women spreading rose petals in his path. The theme from "Rocky" played just yards from the steps that Sylvester Stallone famously climbed in "Rocky."

That segued into a repeated sample of "the champ is here!" line that Smith delivered in the movie "Ali." Smith then introduced his old sidekick, DJ Jazzy Jeff, and they performed "Gettin' Jiggy Wit It" before launching down memory lane with the theme from Smith's early '90s sitcom, "The Fresh Prince of Bel-Air," and his classic hit "Summertime."

Smith's star power was only matched by Stevie Wonder, who closed the show by effectively turning Smith's finger snaps into handclaps. Backed by a dapper 11-piece band, Wonder proved he wasn't too old for a good funk groove on "Higher Ground" and "What the Fuss" -- which had the blind singer strutting out in front of his keyboards.

"The meaning of being an artist is to really do these kinds of things," Wonder said backstage. "We cannot stop now. The only way we can end this is to give more love."

Earlier, Kanye West performed "Jesus Walks" in front of an all-female string section outfitted in black skirts and dark stripe-like masks over their eyes. He delivered some of the harshest words of the day, lamenting "politicians who drive home in their Bentleys every night and watch thousands of Africans die."

Backstage, he told The Associated Press, "I'm not into politics, I'm into people. I know that these people are dying. My people. This is an event that will go down in history."

After Linkin Park started their set, Jay-Z came out for a mash-up with the rock-rap group. Jigga had the crowd chanting "Hova," his smooth cool in sharp contrast to Linkin Park's vein-popping fervor. The combination made for one of the days most popular performances, especially on Jay-Z's "Big Pimpin'."

One of the first acts, the Black-Eyed Peas, took the stage with their usual energy and frenetic weaving, performing "Let's Get it Started." The rap group also pulled out a Bob Marley classic as they sang with obvious symbolism, "Get up, stand up, don't give up the fight."

Of course, there was much more than hip-hop.

Dave Matthews, who hails from South Africa, began his performance by thanking organizer Bob Geldof "for throwing a party to make a better world."

As to whether Live 8 would have any effect on the G-8 leaders, Matthews said backstage, "I think they're aware of what's going on, and judging from President's Bush's speech, he's moving in the right direction. We want him ... to move a little bit further," he said.

The day's acts were punctuated by celebrities (including Natalie Portman, Jennifer Connelly and Richard Gere) who further reminded the audience of the cause with statistics and ways to petition.

"Today's gathering is not about charity, it's about humanity," said "Rush Hour" actor Chris Tucker.

Organizers and performers said as many as one million fans were there, but that was impossible to verify and seemed overblown, with several hundred thousand seeming more accurate. Police declined to provide an estimate.

Paul McCartney and U2's Bono rocked London's Hyde Park with a rousing performance of "Sgt. Pepper's Lonely Hearts Club Band" on Saturday to kick off the main event there.

A thunderous roar erupted from the crowd as the two iconic performers belted out the first line: "It was 20 years ago today," a nod to the mammoth Live Aid concerts that raised millions for African famine relief two decades ago.

Well, not quite. But 20 years to the month after the mammoth Live Aid concerts that raised millions for African famine relief on July 13, 1985, hundreds of musicians were taking to 10 stages from Tokyo to Toronto, Berlin to Johannesburg for a music marathon to raise awareness of African poverty and pressure the world's most powerful leaders to do something about it at the Group of Eight summit in Scotland next week.

Organizer Bob Geldof promised it would be "the greatest concert ever."

CBS News reporter Charlie D'Agata spoke to Sting backstage at Hyde Park. The singer told him the concert is about putting pressure on the eight leaders of the richest nations of the world.

"It's about planting a seed, and those eight men, they've seen that there's a groundswell , a constituency, and we'll be watching," he said.

Other heavy hitters on the London bill were Elton John, The Who, Pink Floyd, REM, and Madonna.

The first concert kicked off in Japan, where Bjork and Good Charlotte joined local bands for a concert that failed to generate much interest in Asia's only G-8 nation. It rolled on to Johannesburg, South Africa, where 24-year-old Zambian singer Lindiwe opened before a crowd of about 500 people that was expected to swell to 40,000.

In an open letter to the G-8 leaders, which appeared in several British newspapers Saturday, Geldof said the summit would disappoint the world if it failed to deliver an extra $25 billion in aid to Africa.

"We will not applaud half-measures, or politics as usual. This must be a historic breakthrough," the letter says. "Today there will be noise and music and joy, the joy of exuberant possibility. On Friday (the end of the summit) there will be great silence as the world awaits your verdict. Do not disappoint us. Do not create a generation of cynics."

In Tokyo, Iceland's Bjork made her first live performance in two years. But the crowd of 10,000 people was only half of what the hall in the Tokyo suburb of Makuhari was capable of holding.

"People are willing to go out of their way, because we believe passionately in what this is about," said Bjork. "Just the acknowledgment of the problem is an important step."

There are shows Saturday in all the G8 countries: the United States, Britain, France, Germany, Italy, Canada, Japan and Russia, as well as in South Africa, where former President Nelson Mandela was expected to address the crowd in Johannesburg. A tenth, all-African show is being staged in southwest England.

In Hyde Park, organizers and police geared up for one of the biggest outdoor events ever held in Britain. More than 150,000 people have tickets for the free show, with another 55,000 expected to watch on giant screens in the park. More than 1,000 police officers will be on duty.

"We are not expecting trouble and there is no intelligence about a particular security threat to this event, but we have planning for a whole range of different things happening," she added.

Harvey Goldsmith, one of the Live 8 organizers, said he was determined the show, featuring 25 acts, would go like clockwork.

"We have clocks everywhere and our message to all the artists is, we don't care what time you go on, we just care about what time you come off," he said.

"We have to be as time-precise as possible, particularly with all the international links going on. We just ask everybody to play ball."

More than a million people may attend the concerts, and organizers say 85 percent of the world's population will have access to a television, radio or Internet broadcast of the day's events.

A complex broadcasting operation will feed footage of the concerts to networks including the British Broadcasting Corp., which is devoting more than 12 hours on its main TV channels to the event, and MTV.

The artists, playing for free, are heeding Geldof's call to urge world leaders to double aid, cancel debt and rework unfair trade laws to lift African nations out of poverty.

Apart from the politics, fans debated the day's pressing musical questions. Who would have their Queen moment? The band led by Freddie Mercury were past the peak of their fame in 1985, but gave an astonishingly powerful Live Aid performance at London's Wembley Stadium that catapulted them back to the top.

Would anyone suffer the Led Zeppelin curse? The 1970s superstars reunited for Live Aid, with Phil Collins replacing late drummer John Bonham onstage in Philadelphia. The band disliked their performance so much they have never allowed it to be rebroadcast.

Few doubt it will be a memorable day, not least the ever-voluble Geldof.