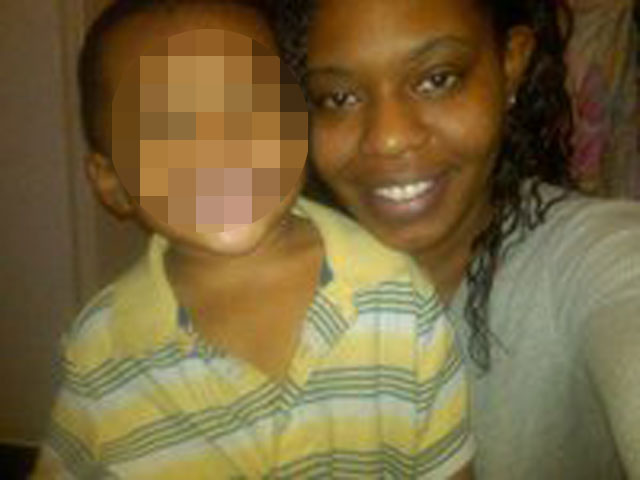 NEWBURGH, N.Y. -- Angela Gilliam called the police at 7:43 p.m. Tuesday. She was worried about her niece's well-being and said there was a domestic tussle going on at the younger woman's apartment in this hardscrabble city on New York's Hudson River.

Police headed to the apartment but by the time they got there, it was empty.

Seventeen minutes later, Gilliam's grand-nephew Lashaun Armstrong stood shivering and soaking wet in a firehouse down the street, struggling to get the words out: His mother, 25-year-old Lashanda Armstrong, had driven their minivan off a boat ramp and into the river, taking her three other children with her.

All of them died.

CBS New York reports Lashaun Armstrong managed to slip out of the van while the power windows were still functioning. He then swam back to the shore. Mavis Ryan, a passerby, found the soaking wet, shivering boy and took him to firefighters, authorities said.

Photos: Tragedy on the Hudson

Earlier Tuesday, Armstrong appeared stressed when she picked up the children at the Young and Unique Christian Development Child Care, said Shaniesha Strange, supervisor in the infant room.

"The only thing she'd say was that she was so alone," Strange said Wednesday. "She's a single parent. She takes great care of her kids, goes to school and works. She really needed a helping hand."

Police question the man they identified as the father of the three dead children, Jean Pierre, but did not give details. He apparently didn't live with the mother and children and could not immediately be located for comment.

Hetty Minatee, another teacher at the day care center, said Armstrong had enrolled the four children there in September. At first Jean Pierre would come in with Armstrong and sometimes would pick up the kids.

"A couple weeks ago, she came in a little upset," Minatee said. "She said, 'Miss Minatee, I don't want the father to pick the kids up or have any contact with them.' She said she was trying to get a court order so he could never see the kids again."

From Armstrong's apartment, she would have taken a right turn onto Washington Street, site of George Washington's headquarters during the American Revolution, and driven straight toward the river, downhill all the way. She'd be familiar with the boat launch, neighbors said. She watched fireworks over the river from the corner near her house. A half-mile drive would have gotten her there. A hard left then a quick right turn would take the van into the water.

Fire Chief Michael Vatter said the vehicle went under in the 45-degree water within two minutes.

A passer-by found a soaked and cold Lashaun Armstrong along the shore and took him to a firehouse for help.

"He got out of the car, got up onto the boat ramp, turned around and it was gone," Vatter said.

Divers searched for about an hour before finding the minivan submerged in 10 feet of water about 25 yards from the shore. They used a tow truck to pull it up the ramp.

Lashaun is staying with Gilliam and "doing fine," she said.

"She was a good mother. She was going through some stuff," Gilliam said of her niece. "Nobody knows what my niece went through." She would not elaborate.

Police said there was no history of domestic violence at the address.

Neighbors in the city of about 30,000 said the children seemed energetic and happy and would play on the block and ride bikes.

"She was a very good mom," said Tina Claybourne. "She took care of her kids. She always was with her kids."

Just last month, she donated money to help the family of a baby killed in a fire across the street from Armstrong's apartment. The loss of four children in such a short time hit the community hard.

Mourners created a memorial of stuffed animals and flowers at the boat ramp.

The deaths were reminiscent of the case of Susan Smith, the South Carolina woman who drowned her two young sons in 1994 by sending her car into a pond. She initially claimed she had been carjacked. She is serving a life sentence.