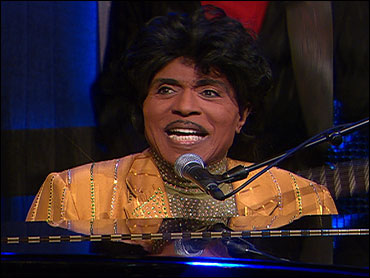 Little Richard is out of the hospital following hip surgery, promising to perform again.

He's recovering at his home near Nashville.

The Rock and Roll Hall of Famer, who'll be 77 Saturday, tells The Associated Press that he plans to work hard to complete his recovery so he "can get back on the road as soon as possible." He says when he returns to the stage next year, he'll "be shouting 'Shut Up' and rocking like the old days."

Little Richard said Tuesday that he could feel the prayers of his fans and is thankful they care enough about him "to take time to pray."

A family friend had said that Little Richard had been in some pain before the surgery last week but continued his rigorous performing schedule.