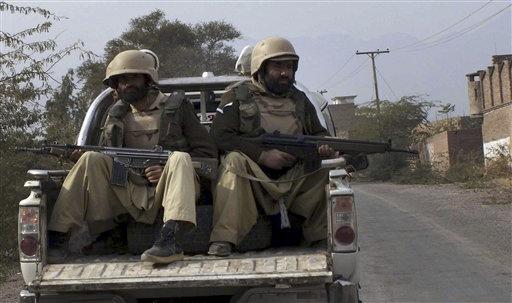 It was one of French aviation's enduring mysteries: Antoine de Saint-Exupery, the flying ace and author of the beloved tale "The Little Prince," took off on a World War II spy mission for the Allies and was never seen again.

After 60 years, the twisted wreckage of the aviation pioneer's Lockheed Lightning P-38 has turned up on the Mediterranean seabed, not far from the rugged cliffs of Provence, Air Force Capt. Frederic Solano said Wednesday. Tests show it's a match.

It was a stunning revelation: Teams have been searching up and down the coast for decades, and many experts believed the plane was probably too far out to sea to be recovered.

In France, the discovery is akin to solving the mystery of where Amelia Earhart's plane went down in the Pacific Ocean in 1937.

"This was our holy grail," said Philippe Castellano, president of an association of aviation buffs who helped authorities identify the debris. "We never even imagined this."

The plane, smashed into hundreds of pieces, lies 60-90 meters (100 to 300 feet) below the surface, about three kilometers (1.86 miles) from the coast between Marseille and Cassis. The key find was a tail piece bearing a tiny serial number, 2734 L — the same as Saint-Exupery's, Castellano said.

A piece of the puzzle remains unanswered: What caused the crash? Theories have ranged from hostile gunfire to suicide. The debris has so far yielded no clues.

"It's impossible to say if he was shot down, if he lost consciousness, or if he had a mechanical accident," said Patrick Grandjean of the national Department of Subaquatic and Submarine Archaeological Research.

Famous for his bravery, Saint-Exupery was selected for the dangerous mission of collecting data on German troop movement in the Rhone River Valley. His plane vanished in the night on July 31, 1944, when he was 44.

He has become one of France's most admired figures, in part because of "The Little Prince," a tender fable about a prince from an asteroid who explores the planets and then falls to earth. Saint-Exupery's other works, which largely deal with his aviation experiences, include "Wind, Sand and Stars" and "Flight to Arras," about a doomed reconnaissance mission.

Until the euro currency was introduced in 2002, the novelist's image appeared on the nation's 50-franc note. In Lyon, Saint-Exupery's hometown, the international airport is named after him.

Clues to the crash started coming together in 1998, when a bracelet bearing Saint-Exupery's name turned up in a fisherman's net near Marseille. Some reports denounced the find as a fake.

"For six years, people had their doubts," said the fisherman, Jean-Claude Bianco. "People claimed I made it myself."

But Bianco's discovery jogged the memory of a local scuba diver, who first saw the plane debris nestled in the ocean bed in the 1980s.

The diver, Luc Vanrell, pored over records of downed planes. By 2000, he was convinced he had found the right one. But it took time to get permission from France's Culture Ministry to have the pieces brought up for analysis.

Castellano, president of the Aero-ReL.I.C. organization that helped identify the plane, said some Saint-Exupery fans resisted the efforts. They wanted to keep the mystery alive.

"In the end, I think everyone is satisfied," he said. "We didn't find a body, so the myth surrounding his disappearance will live on."