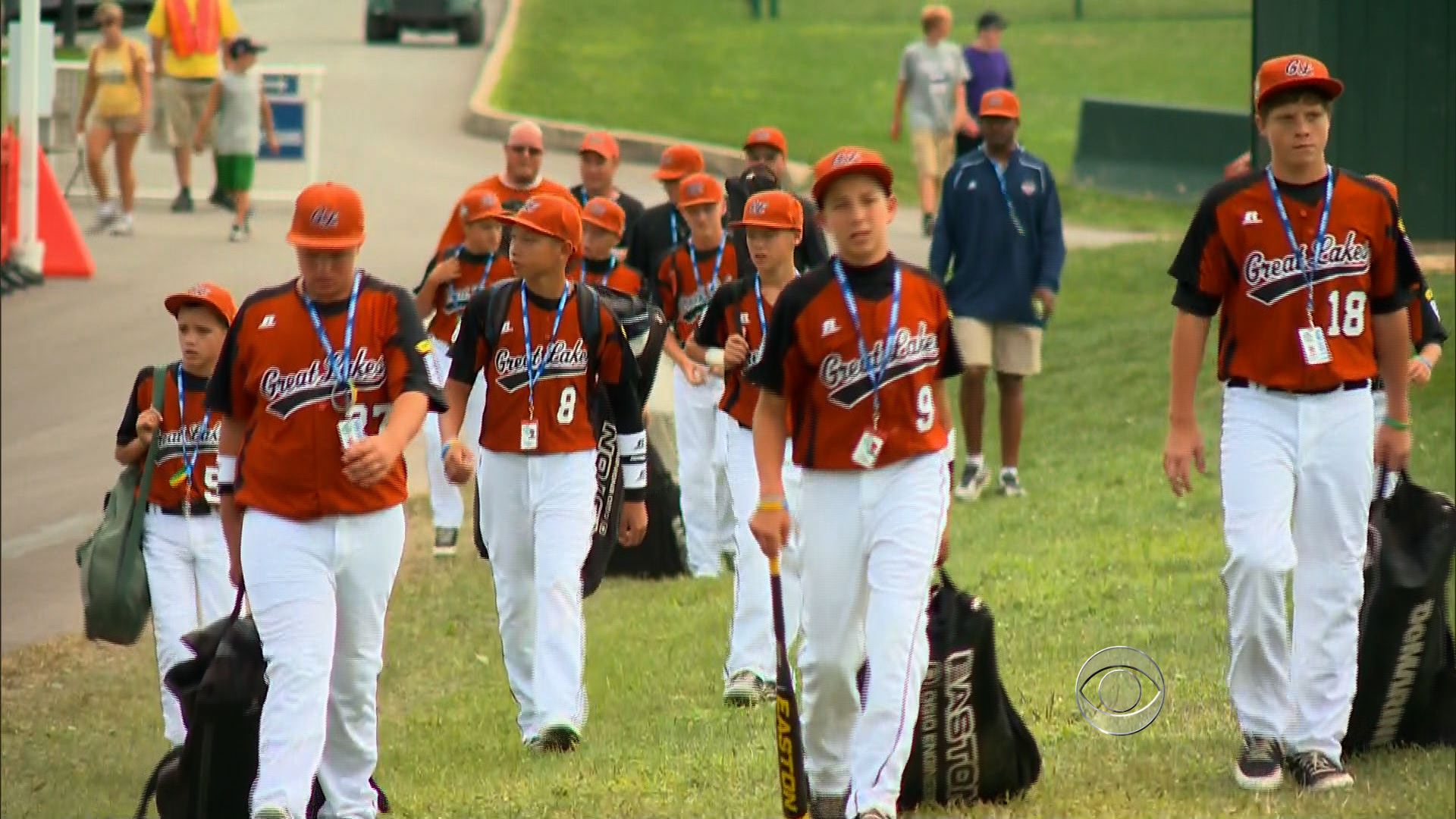 (CBS News) WILLIAMSPORT, Pa. - Young baseball players from across the country and around the world are in Pennsylvania playing in the Little League World Series.

One team that made it to the tournament inspired a whole community by refusing to give up.

Bret Mann has been coaching little league for 13 years.

"It's just everything we've always lived for, coaches and players," Mann said. "And, to get here, the pinnacle of youth sports as I call it, it's a dream come true."

But, it has been a tough climb for the team from New Castle, Ind., which is representing the Great Lakes region in this tournament.

"We do everything for him and we also do it through him with the same philosophies and the same teamwork philosophies, and the never give up attitude and stuff. We definitely do it in his honor," he said.

Mann promised his dying friend he would take over the team. Along the way, he lost his job as an auto worker and had to reject an out-of-town offer to keep his word.

Thirteen-year-old Cayden Smekens is the late coach's son. He helped win the Indiana title this year by hitting a grand slam home run in a key game after pointing his bat toward the sky.

"I don't think anything can make up for my dad passing away. Sometimes when we're down and stuff, I always think about how he said never give up," Cayden said.

New Castle pitcher Bryce Pinkard can relate to that. Earlier this year, Pinkard saved his entire family when their house caught fire and burned down along with his trophies, his uniform and his first home run ball.

"When I'd start getting upset like this about, you know, material things I'd look at my kids and realize I didn't lose anything," said Pinkard's mother, Angie Smith.

Win or lose, Mann says getting to this level is a great thing.

"Like I told you earlier, the pressure's off, we just go out there and play our game," he said.

It's already been a victory for New Castle, a town with over 10 percent unemployment. They've had little to cheer about until now.

They play again tonight, and if they lose the fairy tale ends, but they'll be okay. This team has overcome much worse.