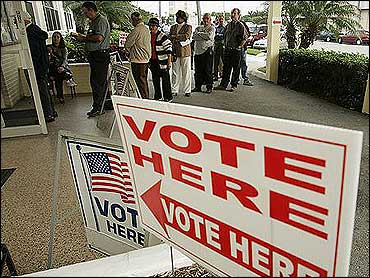 Not so long ago, Rudy Giuliani was the clear Republican frontrunner among Cuban-American voters in South Florida. When he would arrive in Miami, Cubans treated him like a full-fledged celebrity. "It was like Bono getting off a plane," says Tom Eldon, a Democratic pollster in Florida. "It was like a rock-star event." In November, Eldon's firm conducted a survey of Florida's GOP primary voters in tandem with Republican pollster Kellyanne Conway. Giuliani had the support of roughly 70 percent of Hispanics, the majority of whom are Cubans. "Nowhere is Giuliani's support in Florida stronger than in South Florida, buoyed by high ratings among Hispanic Republicans," the St. Petersburg Times reported in mid-December.

Since then, of course, Giuliani has dropped precipitously at the national level, and his best hope in today's Florida primary appears to be a third-place finish. Among the South Florida Cubans, "he's been just bleeding points," says Eldon. "He's basically in a two-way tie with John McCain." If the polls are to be believed, Giuliani almost certainly won't win Florida. But his relative success among Cuban Americans could be critical to the final outcome, since the Cubans who are abandoning Hizzoner seem to be trending toward McCain.

According to Eldon's most recent survey, conducted this month, Cuban Americans account for roughly 7 percent of Republican primary voters in Florida (though their actual percentage on Election Day always depends on turnout). He says that Giuliani and McCain are now running "neck and neck" among these voters. Giuliani has scored a number of endorsements from Cuban-American politicians at the state level, while McCain has locked up support from the three Miami-area Cuban Republicans who serve in the U.S. Congress: Lincoln Diaz-Balart, Mario Diaz-Balart, and Ileana Ros-Lehtinen. Last Friday, McCain picked up an endorsement from Florida senator Mel Martinez, who is also a Cuban American.

As Eldon notes, South Florida Cubans tend to favor the candidate of the Republican establishment. In that sense, it was huge for McCain to win the support of Charlie Crist, Florida's popular GOP governor. But Cubans seem most impressed by McCain's background as a war hero and his strength on foreign policy issues. "He actually fought the Communists, which in Miami goes a long way," says Eldon. At a recent campaign stop in Little Havana, McCain said he was "proud to have sat on the flight deck of a U.S. Navy aircraft [carrier] during the Cuban missile crisis." He also reminded the crowd that, during the Vietnam War, Fidel Castro dispatched Cuban agents to Southeast Asia to torture American POWs.

"I think McCain's going to get a windfall at Giuliani's expense," says David Custin, a Miami-based political consultant. Custin reckons that Giuliani once held a commanding lead among Cuban Americans but has been hurt by his dismal showing in the early primaries and caucuses. "Giuliani's campaign strategists have screwed up," he says. "The base that he had in the Cuban community in South Florida has withered away," and now "people are flocking to McCain." Custin predicts that McCain will receive a big boost from Cuban Americans in Miami-Dade and Broward Counties. Yet, at the same time, Giuliani's enduring appeal is preventing McCain from dominating the Cuban vote.

Why did Cuban Americans initially gravitate toward Giuliani? Partly for the same reasons Republicans across the country did: Giuliani's strong leadership after 9/11, his remarkable success in cleaning up New York City, his name recognition, and his toughness on terrorism. But there was another key factor, stemming from an episode during Giuliani's tenure as mayor. In October 1995, foreign officials flooded New York to mark the 50th anniversary of the United Nations. But Giuliani barred Castro from attending a series of events (including a dinner and a concert at Lincoln Center) related to the festivities, and he denounced the Cuban dictator publicly. This instantly endeared him to many Cuban exiles.

On Cuba policy, Giuliani, McCain, and Mitt Romney are virtually indistinguishable. They all support maintaining trade sanctions and the travel ban, and they all support aiding the island's pro-democracy dissidents. (McCain cosponsored the 1992 Cuban Democracy Act, which tightened the embargo.) Romney has been endorsed by Cuban-American lobbyist Al Cardenas, the former chairman of the Florida Republican party. But Cardenas "doesn't move any votes," Custin argues. Indeed, Romney has struggled to make inroads among the Miami Cubans, at least when compared to Giuliani and McCain.

The statewide polls show Romney and McCain locked in a virtual dead heat. That could make the Cuban-American community even more important than usual. "I don't know where the Cuban vote is going to go," says Mario Diaz-Balart. But "in a close race, it could be the difference."
By Duncan Currie
© 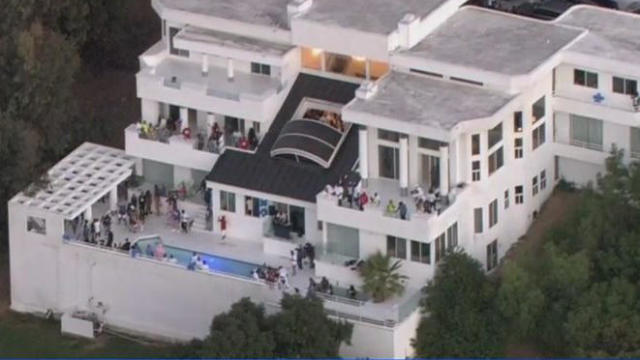 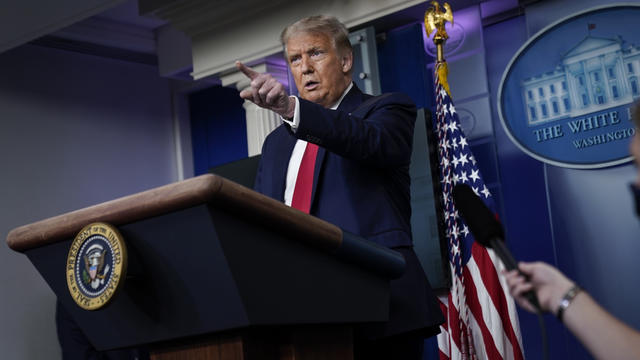