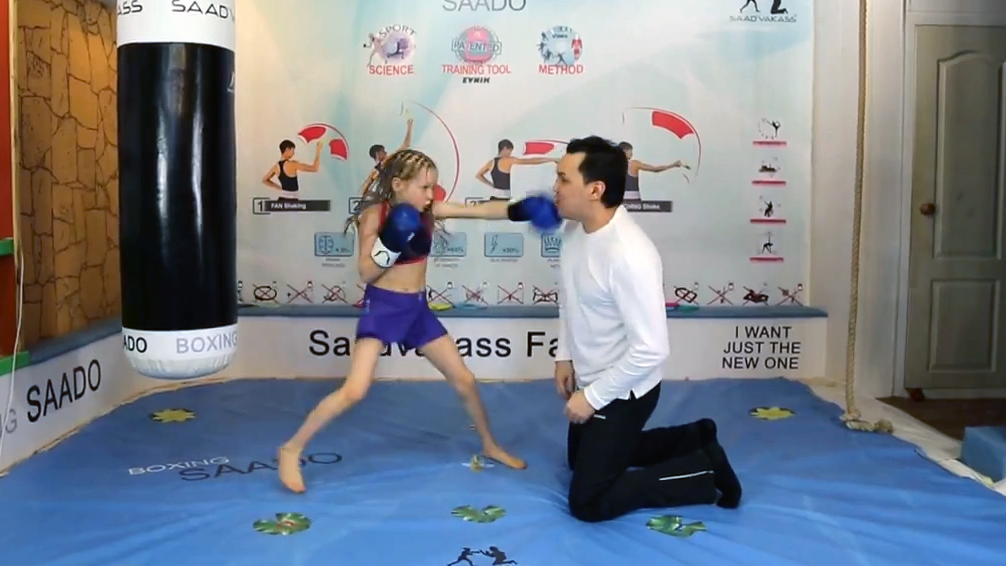 This week's most popular viral videos include a tiny boxer that packs a big punch, a 5-year-old that's ready to move out, a skateboarder who crashes without crashing, a maxed out McDonald's order, kids on a "Crazy Train" and the return of the lip-syncing police officer.

First up, Saadvakass Family shared this video of a little girl whose boxing skills can strike fear into the hearts of grown men.

Saige has had enough of living with her brother Tanner. After all, he's been throwing dirt at her. So, the 5-year-old is planning on a new life somewhere else. In particular, at her best friend Jenn's house. She details her plan in this video posted by Fourth St. James.

Taking a cue from Buzz Lightyear, this skateboarder is falling with style. It's hard to tell how he manages to crash without crashing but, as this video shared by Victoria P shows, it sure is impressive. WARNING: NSFW LANGUAGE.

At certain McDonald's locations there is now a "Create Your Taste" kiosk, allowing customers to custom tailor the burger of their dreams. Moshe Tamssot decides to make what he dubbs the "Big Max," and orders as much of everything as possible. The result is quite entertaining.

The Louisville Leopard Percussionists, who struck a hit video back in February with a Led Zeppelin medley, are going off the rails with this totally rocking version Ozzy Osbourne's hit song "Crazy Train."

Master Corporal Jeff Davis of the Dover Delaware Police hit it big on YouTube with his Taylor Swift lip sync video -- over 34 million views. In his newest offering, he calls for backup and gets it from his buddy Demetrius Stevenson, aka "Meat."