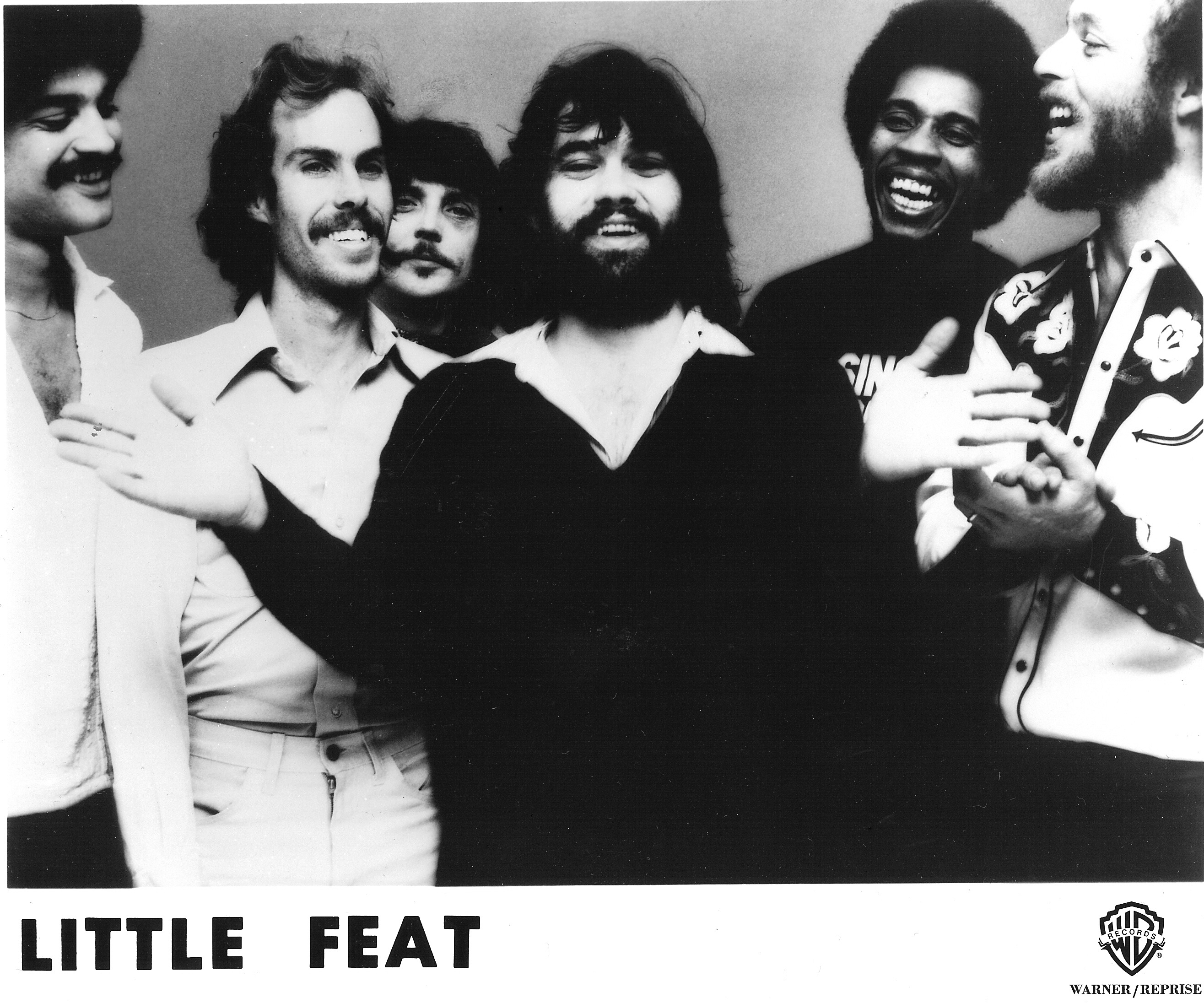 The story of Little Feat is typical of some of the great bands throughout rock and roll history: a group that had never achieved tremendous commercial success during its heyday but garnered admiration from both its peers and fans. Fronted by the late singer/songwriter/guitarist Lowell George, Little Feat performed music that was very eclectic -- an enticing and groove-laden stew of funk, R&B, country, folk, New Orleans and jazz. Yet despite a loyal following, Little Feat remains somewhat underappreciated.

Now a new book, "Willin': The Story of Little Feat," written by former Rolling Stone editor Ben Fong-Torres, puts the band's contributions to music in perspective through interviews with the surviving group members, friends and associates, and Lowell George's family. It begins with the story of George as a kid who loved all different kinds of music; the formation of Little Feat and the band's connection to Frank Zappa's group, the Mothers of Invention; artistic triumphs represented in such albums as "Dixie Chicken" and "Waiting for Columbus"; and the reunion of the surviving members in the late '80s following George's death in 1979.

Fong-Torres, who was depicted in the Cameron Crowe movie "Almost Famous," tells CBSNews.com that he would get a positive response from people when he told them he was working on a Little Feat book. "If so many people loved them, why didn't they sell?" he asks. "But also the reaction I kept getting from people both musical fans and also just complete strangers [is that] there's a real affection for the band that didn't quite make it. They did okay and they're still doing okay amazingly, but there is that kind of that underachiever rooting for the little guy."

Like Creedence Clearwater Revival, Little Feat -- whose classic lineup consisted of George, Bill Payne, Paul Barrere, Kenny Gradney, Sam Clayton and the late Richie Hayward -- captured the purity and authenticity of Southern roots music despite being based in California. It was a reflection of George's varied musical tastes, according to Fong-Torres. "He was studying Japanese instruments and got into the sitar and was playing flute as his first instrument in high school and then finally gravitated to the guitar," he says. "By that time, he mastered four or five other instruments. And he gathered around him people of like mind. That's why I think Little Feat from the get go had such an eclectic sound."

Die-hard fans probably have their favorite Little Feat songs: "Fat Man in the Bathtub," "Dixie Chicken," "Sailin' Shoes," "Time Loves a Hero" are just some of the well-known ones. But perhaps the most quintessential band track is "Willin'"-- a country, folk-sounding song that was later covered by Linda Ronstadt on her 1975 hit album "Heart Like a Wheel." "I think it's one of those romantic trucker songs," says Fong-Torres. "People have their fantasies about stardom or romance or being out on the open road. It's a song about getting away from it all and just driving aimlessly in a way. I think people identify with it."

So why didn't Little Feat achieve the stratospheric success that blessed California-based acts such as the Eagles and Fleetwood Mac? Fong-Torres attributes that to bad luck as well as a lack of image. "I think some just bands don't get there," he says. "It's not that they did or didn't do -- it's timing [and] possibly lyrics or song structures that were a little offbeat to reach the masses. They didn't put themselves out there on albums covers and billboards as some bands did, so there was less known about them. All that added up to keep them more of a mystery than a mass phenomenon."

It's indisputable that George was a musical genius and a driving force behind the band -- his songs have been covered by such artists as Ronstadt, Robert Palmer and Van Halen. He died of reported heart failure on June 29, 1979 at an Arlington, Va., hotel while in the midst of a solo tour at the age of 34. Fong-Torres details in the book what happened that fateful morning. "His widow just didn't want to get into it -- and as a person who has suffered family losses, I had to just empathize and back off. I did ask his kids who were too young to really know what happened, so they did their best to recall. And of course I spoke with his band members and associates and obviously the most important person was the road manager, who was there that early morning. It allowed me to give readers a better shot of what actually happened...that he had music in mind all the way to the end."

Since the passing of George, the remaining members of Little Feat have continued to record and tour to this day, buoyed by the grassroots support of dedicated fans. And proof of the band's influence is evident when popular jam band Phish performed the entire track list from the "Waiting for Columbus" album for a Halloween show in 2010. "I'm glad that the band and Lowell are able to get some credit," says Fong-Torres. "I think one reason that the band members were interested in cooperating with this book is that they are also the subject of some talk among their fans about getting inducted into the Rock and Roll Hall of Fame. I think they feel they are worthy of inclusion. They are certainly worthy of at least consideration. I wish for them that it will happen."