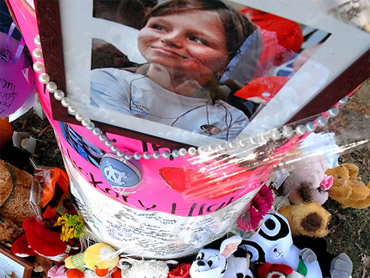 A review of nearly 40 years of research suggests that hair dye poses little or no risk of cancer, as some fear. Some skeptics, however, are not convinced.

The report is the latest addition to a long debate over a cosmetic practice used by millions worldwide. It is estimated that in Europe and North America, one-third of women 18 and older and 10 percent of men over 40 color their hair, the study said.

Researchers have gone back and forth over whether hair dyes pose any cancer risk. The new analysis pooled results from nearly 80 previous studies on numerous types of cancer, including bladder, breast, skin, leukemia and lymphoma.

Hair dye use was associated with either no increased cancer risk or, in the case of some blood, lymph or bone marrow-related cancers, only a minimally higher risk, according to the review.

Lead author Dr. Bahi Takkouche said it is likely that evidence from unpublished studies showing no increased risk for blood and lymph cancers would negate the borderline results in his analysis.

The results "are quite reassuring for hair dye users," said Takkouche of the University of Santiago de Compostela in Spain.

The authors said the elimination of some carcinogenic substances in hair dyes in the 1970s might explain the results.

The analysis appears in Wednesday's Journal of the American Medical Association.

Some previous studies found increased cancer risks for certain kinds of hair dye -- permanent rather than semi-permanent, and darker rather than lighter colors. Takkouche said information on specific colors and types of hair dye was not available in the studies he analyzed.

Dr. Tongzhang Zheng of Yale University said that the analysis is flawed because it combined results from studies with different, incompatible methods, and that it underestimated risks found in his own research linking hair dye use with lymphoma.

But the American Cancer Society's Dr. Michael Thun said that the analysis provides a welcome overview and that if hair dyes pose a hazard, "it's sufficiently small that it can't be detected consistently by even large studies."

Thun acknowledged that the study probably will not lay the issue to rest. He said people who are worried can minimize their exposure by getting less frequent touchups, wearing gloves when applying dye themselves, and using lighter colors.