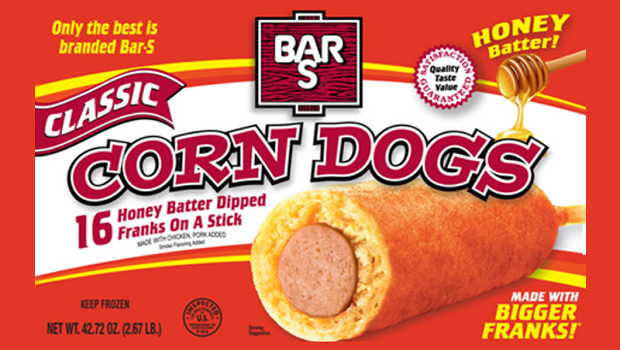 More than 372,000 pounds of hot dogs and corn dogs made earlier this month are being recalled over concerns of listeria contamination.

The U.S. Department of Agriculture says Bar-S Foods, based in Alstus, Oklahoma, is recalling five chicken and pork products that could potentially be contaminated with listeria. The USDA says Bar-S hasn't received test results, but is recalling the items due to recurring listeria issues at the company.

The recalled items include Bar-S bun-length and classic franks made with chicken and pork, Bar-S classic corn dogs and Signature Pick 5 corn dogs. They were made between July 10 and 13.

The following items are included in the recall:

Symptoms of listeria infection may include fever, muscle aches, nausea and diarrhea. Most people are able to fight it off, but the illness can be serious or even deadly in older adults, pregnant women, newborns and people with weakened immune systems.

The government says no reports of illness have been linked to the Bar-S products.