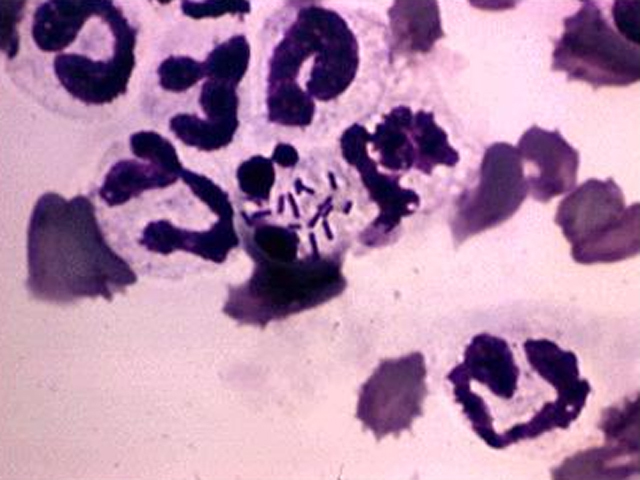 WASHINGTON - As many as 16 people have died from possible listeria illnesses traced to Colorado cantaloupes, health officials say — a death toll that would make the food outbreak the deadliest in more than a decade.

The Centers for Disease Control and Prevention said last week that 55 illnesses and eight deaths were linked to the outbreak. Since then, state and local health departments in Kansas, Nebraska, Texas and Wyoming have reported six additional deaths that may be linked to the tainted fruit.

Nine people died in an outbreak linked to salmonella-tainted peanuts almost three years ago. Deaths linked to the cantaloupes are expected to easily surpass that number.

Listeria is more deadly than more well-known pathogens like salmonella and E. coli, though those outbreaks generally cause many more illnesses. Twenty-one people died in an outbreak of listeria poisoning in 1998 traced to contaminated hot dogs and possibly deli meats made by Bil Mar Foods, a subsidiary of Sara Lee Corp. Another large listeria outbreak in 1985 killed 52 people and was linked to Mexican-style soft cheese.

Listeria generally only sickens the elderly, pregnant women and others with compromised immune systems. The CDC said last week that the median age of those sickened was 78.

Dr. Robert Tauxe of the CDC says the number of illnesses and deaths will probably grow in coming weeks because the symptoms of listeria don't always show up right away. It can take four weeks or more for a person to fall ill after eating food contaminated with listeria.

"That long incubation period is a real problem," Tauxe said. "People who ate a contaminated food two weeks ago or even a week ago could still be falling sick weeks later."

On Sept. 21 the CDC reported illnesses in California, Colorado, Illinois, Indiana, Maryland, Montana, Nebraska, New Mexico, Oklahoma, Texas, Virginia, West Virginia, Wisconsin and Wyoming. The agency said then that four had died in New Mexico, two had died in Colorado and one person had died in both Oklahoma and Maryland.

Missouri and Florida have also reported new illnesses linked to the cantaloupes.

The outbreak has been traced to Jensen Farms in Holly, Colo., which recalled the tainted cantaloupes earlier this month. The Food and Drug Administration said last week that it had found listeria in samples of Jensen Farms' cantaloupes taken from a Denver-area store and on samples taken from equipment and cantaloupes at the farm's packing facility. Tests confirmed that the samples matched strains of the disease found in those sickened.

The FDA has not released any additional details from its investigation into what caused the illnesses.

Unlike many pathogens, listeria bacteria can grow at room temperatures and even refrigerator temperatures. The FDA and CDC recommend anyone who may have one of the contaminated cantaloupes throw it out immediately.

Consumer health advocates say those who think they may have had the tainted fruit in their kitchen should go a step farther. Caroline Smith DeWaal of the advocacy group Center for Science in the Public Interest says people should clean and sanitize any surfaces that the cantaloupe may have touched.

"Listeria is an environmental contaminant and it is very hardy," DeWaal said.

About 800 cases of listeria are found in the United States each year, according to CDC, and there usually are three or four outbreaks. Most of these are traced to deli meat and soft cheeses, where listeria is most common.

Produce has rarely been the culprit, but federal investigators say they have seen more produce-related listeria illnesses in the past two years. It was found in sprouts in 2009 and celery in 2010.

While most healthy adults can consume listeria with no ill effects, it can kill the elderly and those with compromised immune systems. It is also dangerous to pregnant women because it easily passes through to the fetus. Dr. Tauxe of the CDC said the type of listeria linked to the cantaloupes is not one that is commonly associated with pregnancy-associated illnesses, however. State and federal health authorities have not definitively linked any miscarriages, stillbirths or infant illnesses to the current outbreak.

Symptoms of listeria include fever and muscle aches, often with other gastrointestinal symptoms. Victims often become incapacitated and unable to speak.

Debbie Frederick said her mother knew something was wrong when her father, 87-year-old William Thomas Beach, collapsed at his home in Mustang, Okla. and couldn't get up. He died a few days later, on Sept. 1. The family later learned his death was linked to eating the cantaloupe and sued Jensen Farms.

"First you just kind of go into shock," said Frederick. "Then it settles in that he would still be alive if this hadn't happened. It's a life, for what?"