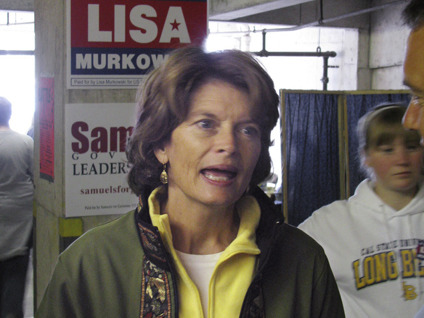 Sen. Lisa Murkowski has  decided to run as a write-in candidate in the Alaska Senate race, according to a person briefed on her plans, throwing what had expected to be an easy race for Republicans into turmoil.

In an email in advance of the announcement, Bonnie Jack, a Murkowski elections observer, asked supporters to "Join us at the Kick-off of Senator Lisa's campaign --with a theme of 'write in her name in and fill in the oval.'"

Murkowski narrowly lost the Republican primary to the Tea Party- and Sarah Palin-backed Joe Miller, and Republicans have promised to put their money and support behind Miller in the race regardless of what Murkowski does. She will now likely step down from her position in the Republican leadership, and the next two months could be tense between her and her colleagues.

Murkowski and Miller will face off against Democrat Scott McAdams in the general election.

"Lisa Murkowski's decision to mount a write-in campaign is just the latest example of the Republican Party cannibalizing itself," Democratic Senatorial Campaign Committee National Press Secretary Deirdre Murphy said in a statement. "From the tip of Florida, to the beaches in Delaware, all the way to the islands off Alaska, the Republican Party heads into November with deep and serious divisions."

A Dittman poll earlier this month showed Murkowski leading Miller by six points in a general election match-up, with McAdams polling behind both.