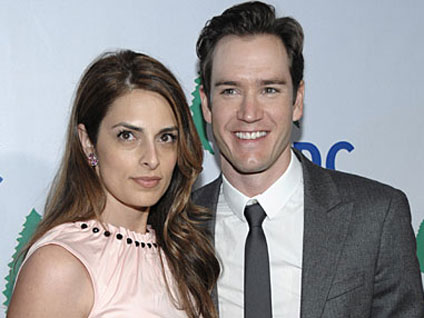 Former "Saved by the Bell" star Mark-Paul Gosselaar and his wife, Lisa Ann Russell, have separated after 14 years of marriage.

"They both remain focused on their family and are jointly committed to their children," his rep told People magazine Thursday.

Gosselaar and Russell met on the set of "Saved by the Bell," where he played high school hot shot Zack Morris and she had a small role.

No reason for the split was given, but a source close to the couple told People that recent Internet reports regarding Russell's behavior were not to blame.

"The reports saying that she's out partying aren't true," the source said. "She's a great mom. The two of them couldn't be more hands on with the kids. Their number one focus is definitely their family."