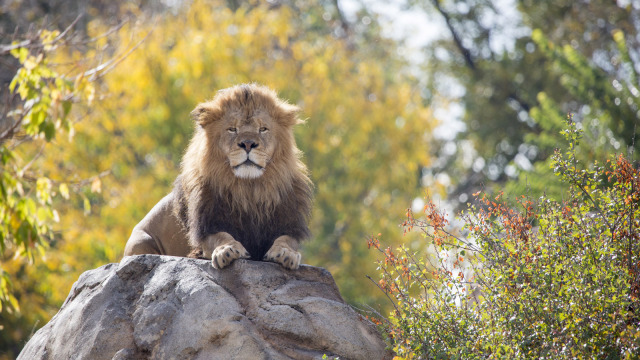 JOHANNESBURG -- Officials in South Africa are searching for four lions believed to have escaped from Kruger National Park, the country's biggest wildlife reserve.

The national parks service said Tuesday that a resident spotted the lions on a road in Komatipoort, a town near the park, on Monday morning.

Parks spokesman Rey Thakhuli says the search is difficult because the lions are believed to be in sugar cane farms in an area that has thick fog in the mornings, and he speculates that the animals may have split up.

Thakhuli urged people not to stop to take photographs of the animals because they are dangerous and are thought to have already killed a cow.

Officials are investigating how the lions left the Kruger park, a major tourist destination.