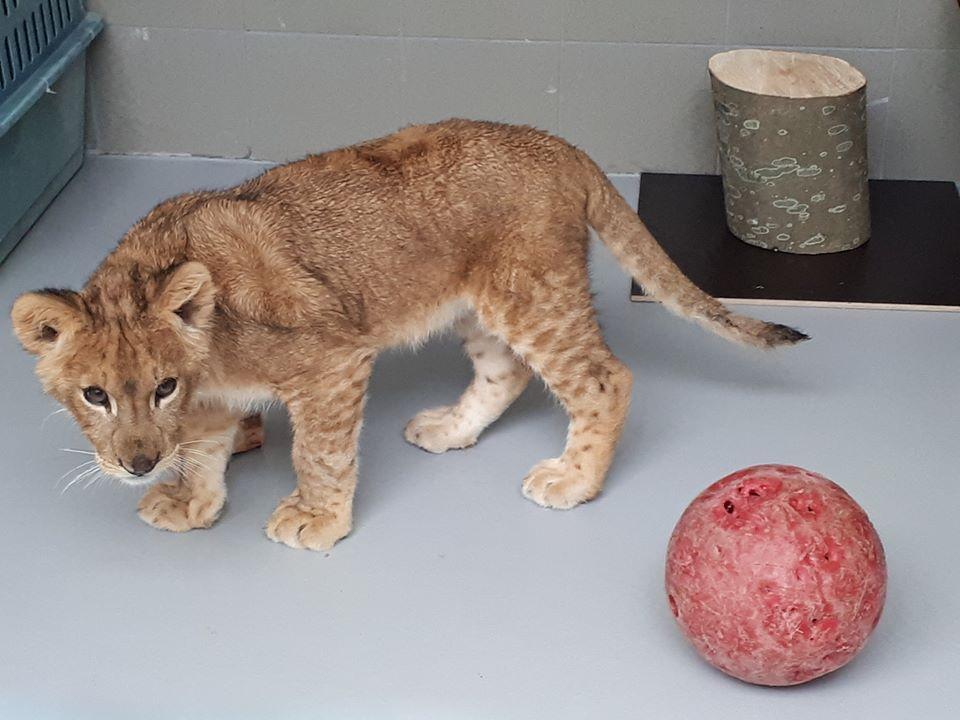 THE HAGUE, Netherlands -- A jogger's run through the Dutch countryside turned into a walk on the wild side when he discovered a lion cub in a field. Police say the young cub was found Sunday in a cage dumped in a field near Tienhoven between the central cities of Utrecht and Hilversum.

Police have taken to Twitter to appeal for help in tracing the animal's owner, while the young cub, a male believed to be about five months old, is being cared for by the Stichting Leeuw foundation, a big cat rescue organization based north of Amsterdam.

The foundation said on its Facebook page that the cub, who has been named Remy, "is very tired from the hectic events" and is in quarantine, but that he is drinking water and already feeling at ease in its new surroundings.

The foundation said Remy was "enjoying himself, [he] eats and drinks well and sleeps a lot."

Remy was to be made available for adoption once he's received vaccinations later Wednesday. The foundation said on its website that it uses money raised through its adoptions to support its rescue work.