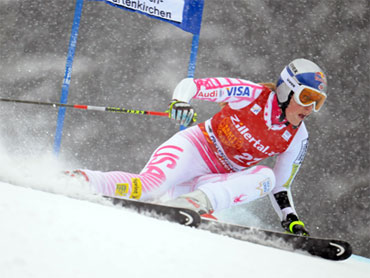 Lindsey Vonn is the 2010 Female Athlete of the Year, chosen by members of The Associated Press.

Never before has a skier - male or female - won one of the annual AP awards, which date to 1931.

Vonn received 77 of 175 votes submitted by news organizations that make up the AP's membership. That is more than double what anyone else got in the tally announced Saturday.

Vonn won two medals at the Vancouver Olympics, including the first downhill gold for an American woman, and captured her third consecutive World Cup overall title.

Racehorse Zenyatta's 32 votes placed her No. 2 in the AP balloting for the second consecutive year. The 6-year-old mare retired with a 19-1 record.