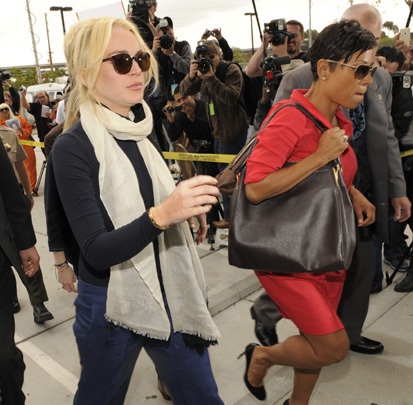 (CBS) Lindsay Lohan will appear on "The Tonight Show" Tuesday night in a segment taped Monday.

The actress tells Jay Leno in a clip that appears on TMZ, "I think being young and being in the position I was in you don't really take the time to appreciate what you have."

She goes on, "I'm not a kid anymore. I'm 24. I've made a lot of mistakes and I recognize that but I'm in the clear now and as long as I stay focused I'll be able to achieve what I want to achieve."

On Friday, Lohan's felony grand theft charge for allegedly stealing a necklace was reduced to a misdemeanor. She went to jail Friday night for violating parole but was released after posting bail.