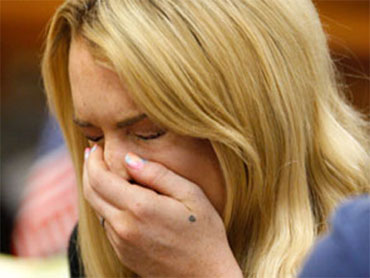 Lindsay Lohan broke down in tears Tuesday after a judge in Los Angeles threw the book at her for repeatedly violating her probation from her 2007 drunk driving arrest, and for other offenses.

Lohan tearfully told the judge, "I did do everything I was told to do and did the best I could to balance jobs and showing up. I'm sorry."

CBS News correspondent Ben Tracy reported Lohan may be an actress, but her tears seemed pretty real. Lohan pleaded with the judge, apologizing for missing seven court-ordered alcohol counseling sessions in the past several months.

Lohan said, "It's just been such a long haul and I don't want you to think I don't respect you and your terms."

But Judge Marsha Revel wasn't buying it. She seemed fed up with the actress' string of probation violations, including a missed court date while paparazzi video showed Lohan at a party in the south of France. The judge came down hard on the 24-year-old.

The actress did eventually make up the dates and says she missed them only because she was working.

Lohan said, "I was working on a trip in Morocco with children. It wasn't a vacation, it wasn't a joke and I respect you and take everything seriously."

For the past month, Lohan has worn an alcohol monitoring bracelet around her ankle that goes off if she drinks. After the MTV Movie Awards last month, the bracelet's alarm went off, but Lohan's lawyer says the device simply malfunctioned.

Trent Copeland, CBS News legal analyst, noted, "The court interpreted everything that Lindsay has done as her thumbing her nose at the judicial system. The judge said, 'Look, the only way I'm going to get your attention is to send you to jail."'

Lindsay's father, Michael, appeared exclusively on "The Early Show Tuesday morning, saying he's been in a prolonged legal battle with his daughter, trying to force her to get professional help -- not jail time.

Lohan's next step is to surrender at the courthouse in two weeks.

But "Inside Edition" Chief Correspondent Jim Moret said on "The Early Show" Wednesday that may give Lohan an opportunity to continue her downward spiral.

"She's not turning herself in until July 20," he said. "If she needs help, which she clearly does, she has all of this time now to get into trouble."

Moret was inside the courthouse when Lohan was sentenced. He said the judge was simply "fed up" with her behavior.

"She said, 'Enough is enough. I've listened to your excuses over and over. And I don't want to hear them anymore. This is what you're going to do.' It is sad, though, I have to say, because it's clear that Lindsay Lohan needs help. Even her own father said, 'Send her to rehab.' I think that's really what she needs."

Moret said the decision, which went beyond the prosecution's request for 30 days in jail, was within the judge's power.

"The judge sets the ground rules for their courtroom," Moret said. "...I respect the judge's decision."

Can Bad Boys Be Tamed?

"You have a very talented actor who seems to be on a self-destructive path and needs help," he said. "And we saw Robert Downey Jr.'s redemption and hopefully we will see Lindsay Lohan's redemption before something horrible happens."

As for Lohan's jail time, Moret said it's likely she'll only serve about 25 percent of her sentence, he said based on the Los Angeles Sheriff's Department's estimates.

"You're looking at probably 25, 30 days," Moret said, adding, "That time is going to be separate, much like Paris Hilton's incarceration, because Lindsay Lohan is a celebrity. Because of that, she's a target in jail. So, she will be kept essentially in solitary confinement."

"I believed her tears," he said. She's an excellent actress but I don't think she was acting. I think she was stunned and contrite."

The number of cases of COVID-19 in the U.S. continued to rise Sunday, with over 137,200 total confirmed cases nationwide and more than 2,400 deaths since the outbreak began. 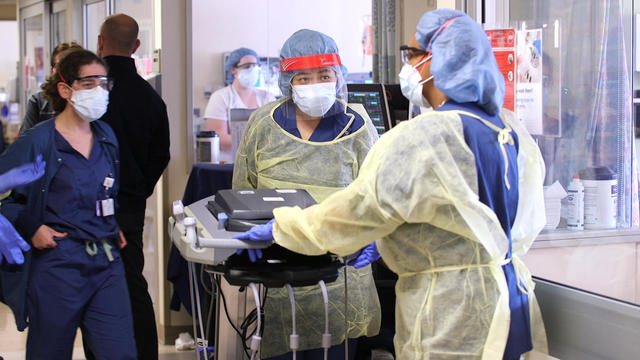