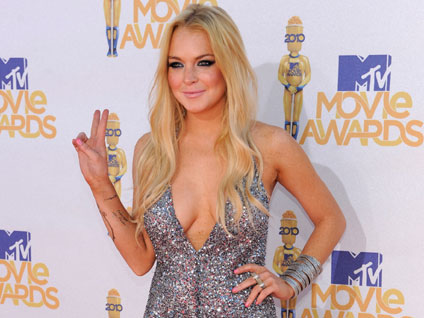 The 23-year-old actress was slapped with a lawsuit by Church - a high-end clothing boutique in Los Angeles today.

According to documents accmpanying the suit, which E! Online obtained, Lohan spent $17,060.83 on high-fashion duds between November 2009 and February 2010 and "had no intention" of paying the entire balance.

The "Mean Girls" star allegedly promised the store owners, who relied on Lohan's "well known status as a movie actress with substantial income," that her business managers would take care of the tab. But to their dismay, Lohan's team paid a mere $180.

The West Hollywood retailer is seeking $16,880.63 -- plus interest and punitive damages.

Lohan is currently dealing with a handful of other legal woes. The former child star has been on probation since August 2007 after pleading guilty to misdemeanor drug charges and no contest to three driving charges.