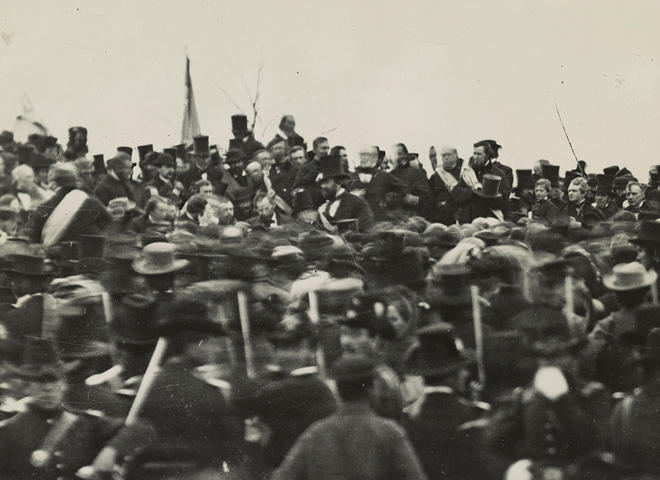 In his Gettysburg Address, Lincoln stated: "The world will little note nor long remember what we say here, but it can never forget what they did here."

Ironically, the reverse seems to have occurred. Unless you were raised by wolves, you know what the Gettysburg Address is and who penned it. You may even be able to recite a few lines. The occasion for its delivery is less well-known.

Lincoln gave the address on November 19, 1863, at the dedication of a national cemetery on the site of the Battle of Gettysburg. A two-minute affair, the speech was overshadowed by a two-hour address given by Edward Everett, a prominent orator, and relegated to the back pages of the newspapers.

Obviously, Lincoln's speech has weathered the storm of history better than that of his fellow speaker.

The Gettysburg Address is both an eloquent statement of the ideals under which the nation was founded, and a humble tribute to the lives lost in a vicious battle. It is tremendously evocative in its directness and brevity.

But the longevity of the speech may also have a mundane explanation: it is short. It is the appropriate length for a school child's recitation; the popular awareness of it inspires politicians and pundits to refer to it often.

Full-Text of the Gettysburg Address

The following is the text of the address revised by President Lincoln from his own notes:

"Fourscore and seven years ago our fathers brought forth on this continent a new nation conceived in liberty and dedicated to the proposition that all men are created equal.

"Now we are engaged in a great civil war testing whether that nation, or any nation so conceived and so dedicated, can long endure. We are met on a great battlefield of that war. We have come to dedicate a portion of that field as a final resting-place for those who here gave their lives that that nation might live.

"It is altogether fitting and proper that we should do this. But, in a larger sense, we cannot dedicate, we cannot consecrate, we cannot hallow this ground. The brave men, living and dead, who struggled here have consecrated it far above our poor power to add or detract. The world will little note nor long remember what we say here, but it can never forget what they did here. It is for us the living rather to be dedicated here to the unfinished work which they who fought here have thus far so nobly advanced.

"It is rather for us to be here dedicated to the great task remaining before us -- that from these honored dead we take increased devotion to that cause for which they gave the last full measure of devotion -- that we here highly resolve that these dead shall not have died in vain, that this nation under God shall have a new birth of freedom, and that government of the people, by the people, for the people shall not perish from the earth."