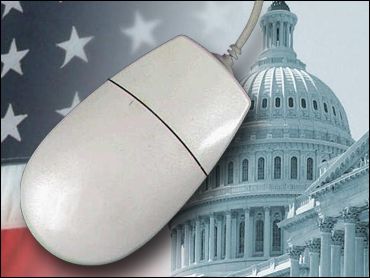 The conservative online news outlet that employed a reporter who sparked a controversy by asking the president a loaded question has shut down.

Jennifer Ohman, a publicist for Talon News, told the Houston Chronicle that Talon had temporarily gone offline because the site's founder, Bobby Eberle, "can only take so much of a beating" over its political slant.

A message on the site says, "Talon News will be offline while we redesign the web site, perform a top-to-bottom review of staff and volunteer contributors, and address future operational procedures."

Talon came under fire after its Washington correspondent, James Guckert, was called on by President Bush at a Jan. 26 White House news conference. Guckert, who wrote under the name Jeff Gannon, asked the president how he could work with Senate Democrats "who seem to have divorced themselves from reality."

Guckert later resigned after liberal bloggers raised questions about his identity and found links between Guckert and gay pornography Web sites. The Talon publicist said the controversy has drawn many people to the site and that "the attention by and large was negative."

Ohman said Eberle did not know about Guckert's background and was not planning to fire him when the incident first erupted.

The incident followed recent revelations that the White House had paid conservative commentators to push its agenda.

Eberle has asserted that Talon News was a "straight news site," despite running prominent advertisements for conservative causes and links to GOPUSA.com, a conservative site also run by Eberle.

"They probably found it difficult to go on without Jeff Gannon who seemed to be the backbone of their editorial operation," said David Brock, director of Media Matters, a liberal watchdog group that uncovered Guckert's background.