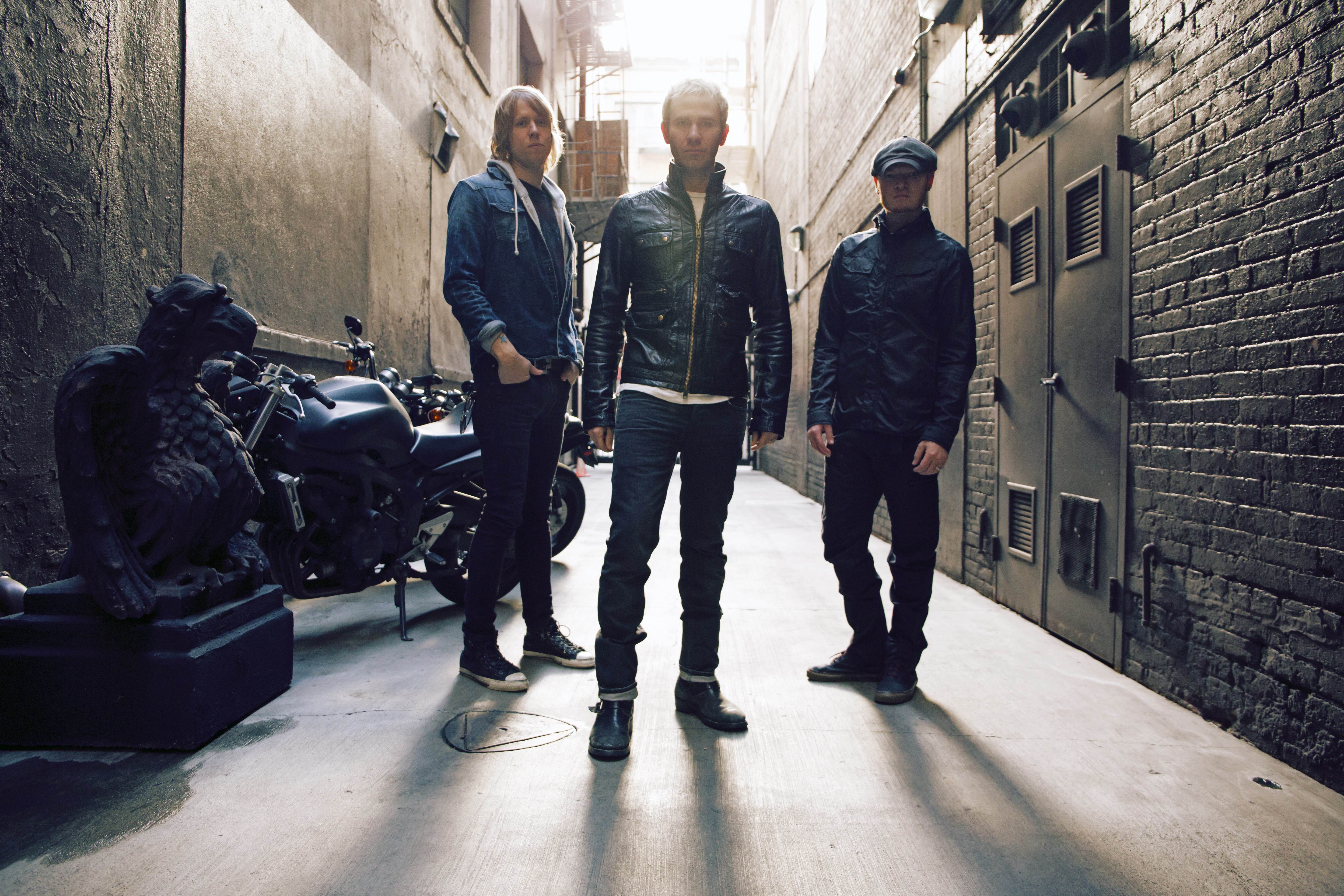 The members of Lifehouse feel like they're starting all over again.

After taking a few years off, the Los Angeles-based band is readying a new album, on a new label.

Called "Out of the Wasteland," the upcoming set will be released May 19 on Ironworks Records. It marks the band's first effort since 2012's "Almería."

"I feel like we've come around full circle," frontman Jason Wade told CBS News. "I feel like we're starting all over again -- like we found those kids in the garage who are excited to play music again."

Wade says the music came pretty quickly and easily this time around.

"When I came up with the songs 'Hurricane' and 'Flight' it just really reminded me of quintessential-sounding Lifehouse tracks from a long time ago. And I called the guys up and played them the songs and we finished the record. We're excited to get back out there," he said.

Fans already received a taste of what's to come with the release of the single, "Hurricane."

Wade says it's a song about "resiliency and "refusing to give up on somebody that you love when you're going through a difficult time."

The video reflects that that, too.

"The band is in a jail cell, which is kind of a metaphor of going through a tough time. We're narrating this turbulent relationship between this guy and a girl," said the 34-year-old singer.

Wade says the song is reminiscent of "Hanging By a Moment," which became the top radio hit of 2001. He wrote the song on piano first, but as soon as he put some guitars on it, the song reminded him of early Lifehouse material.

"It really took kind of a left turn," he said. "I was writing some Americana stuff at that time, and that really brought me around full circle."

Wade says the last album was a big departure for the band, so it feels good to be returning to the Lifehouse roots of it all with "Out of the Wasteland."

"The title represents a new era for the band, leaving [record label] Interscope and adopting this sort of do-it-yourself mentality. It's a new era," said Wade.

Lifehouse rose to fame pretty quickly after the release of its 2000 debut, "No Name Face." Wade says he remembers how the touring venues changed after "Hanging By a Moment" hit big.

"We were on the Pearl Jam tour. We called it the 'porta potty' tour because we were basically playing on a side-stage for people getting a beer, going to the bathroom and then coming back to their seats," Wade said laughing. "That was our first tour. Then 'Hanging By a Moment' hit and all of a sudden we're opening up for Matchbox Twenty in these arenas. It was really surreal. We didn't expect it. We were just trying to stay present as these moments were happening to us."

When "Out of Wasteland" comes out this spring, Lifehouse will have seven albums full of music to pick from for concert set-lists. It's quite different from those "Pearl Jam porta potty" days.

"In the early days you had the 12 songs and you throw in a couple of covers. I remember in the early years it got kind of frustrating to only have 12 songs to pull from. We have the advantage now of having all these different records to pull from and [we can] change the set-up every night," he said.

One of band's staples is the 2005 single "You and Me," which was not only a hit single, but has since become a popular wedding song.

"It's really strange. When you write a song you never really think about having an extended wedding version," he said. "I realize that we struck a chord with some people. I've actually sung it as friends' weddings, too. It's interesting how that became kind of the wedding song."

Wade doesn't see to mind how people use or listen to Lifehouse's music -- so long as they are.

"I feel like we've never really fit in at all. I feel like people try to put us in different genres but we've always just wanted to play good music," he said.

Especially when it feels like starting all over again.