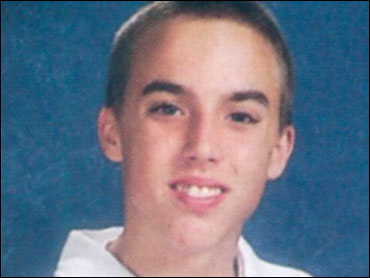 A man who fatally shot a teenage neighbor because he walked on the man's carefully tended lawn has been sentenced to life in prison.

The man was convicted last month of murder in the March 2006 shotgun killing of 15-year-old Larry Mugrage Jr., a high school freshman.

Martin told the court he was sorry the shooting occurred but said the teen knew how much Martin cared for his lawn and provoked him.

"He stepped on it and he walked 40 feet through it," Martin said. "I cared about it. I cut it every five days."

Prosecutors said Martin had confronted the teen earlier in the day when he walked into Martin's yard on his way to a friend's house, then loaded his .410-gauge shotgun and waited more than three hours for him to return.

When the boy stepped on the lawn again, Martin fired at him twice, according to testimony. He then called 911, telling a dispatcher: "I just killed a kid."

Martin was tried on aggravated murder but convicted of murder, a lesser count, because jurors because could not agree the killing was planned.