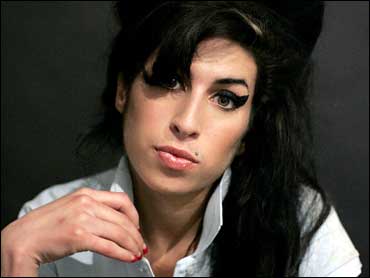 Fame and fortune aside, life as a rock star can be downright deadly.

CBS News correspondent Larry Miller reports a new study, which charted the lives of 1,050 American and European music artists between 1965 and 2005, has found they are more than twice as likely to die young than the general population.

The information may come as little surprise to anyone who has turned on a television or picked up a magazine in the last 40 years, but it's the first data medical researchers have offered to quantify the perils of life in the proverbial fast lane.

According to the report published in Britain's Journal of Epidemiology and Community Health, a quarter of all the musicians' deaths registered during the study period were due to drug or alcohol abuse,

One hundred stars died during the study, which showed slightly better life expectancy for rockers in the United States than Europe. The average age of death for Americans was 42, whereas their European cousins only made it to 35, according to the British Broadcasting Corporation.

There has been much debate recently in Britain over the role government and music industry moguls should play in curtailing the rambunctious behavior of idolized stars.

It came to a head when the parents of superstar singer Amy Winehouse made a public plea for her record label to drop her unless she quit her rampant alcohol and drug use. The singer shot to fame with songs including "Rehab," in which she sums up her view on seeking treatment with the a chorus of "no, no, no."

The editor of one of Britain's biggest music magazines told the BBC the problem for rock and pop stars may be the rapidity of success.

"The problem is that rock stars often spend the first years of their careers struggling to get by and then get everything really quickly. There is no control mechanism, and with a culture which often lauds excessive behavior that spells problems," NME news editor Paul Stokes said.