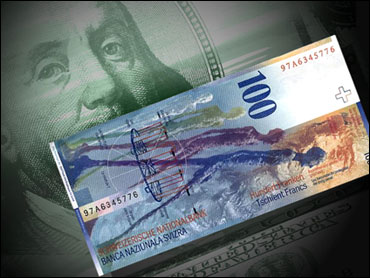 Back in Aug. 4 of 2003, Jordan Ball, a teenager from Kentucky, had gastric bypass surgery after attempts to lose weight on his own had failed, and doctors feared that at 519 pounds, his health was seriously compromised.

When The Early Show first interviewed Jordan a month after his surgery, he had lost more than 50 pounds, but still remained dangerously obese. His walk was slow and labored, pre-diabetes was still a problem, and food was kept to a minimum.

But Jordan knew the surgery was a start to a life-long commitment, one he has taken seriously. He works out regularly and often. He eats small portions of the allowed foods, cutting out completely sugar, bread, fatty foods and citrus.

The result is inspiring. Jordan has lost more than 220 pounds. He can do things he never could before, and his health has improved immensely.

He tells The Early Show co-anchor Harry Smith, "I didn't think I would be able to fit into the tux," referring to pictures of him going to the prom.

His aunt Janet Ball says it has been an inspiration to see Jordan's progress. She says, "It's inspiring to me to see him with such courage because I know it's not easy all the time. He still has the same cravings that he used to have, but yet he has to fight them off."

Jordan can eat salmon, chicken breast, tuna, yogurt, some soups (like chicken, etc. but no creamy soups), some vegetables (green beans, mashed potatoes, tomatoes (cooked), broccoli, asparagus (all cooked) and some fruits (any fruit but citrus fruit), low-sugar cereals, low-fat ice cream, and he can drink water and tea, but no soda.

All his food is in limited portions. Typically, it's four ounces in total of food, so if chicken and green beans, he has two ounces of each, four times a day. And if he can't eat, he drinks Ensure. He is supposed to drink at least a gallon of water a day.

Jordan exercises regularly at the gym with a personal trainer, doing cardio work and weight lifting. He also does Tae Kwon Do/Judo/kickboxing/Kung Fu combination twice a week, on Tuesdays and Thursdays, for an hour and a half to two hours.

On the weekends, he relaxes and goes to church on Sundays.

His surgeon, Dr. Thomas Inge, approved Jordan going out for football, which he did once he switched to a different high school. The new football coach works closely with Jordan to ensure Jordan's workouts are healthy and safe for him.

Jordan says, "We've been working out since January, just working out with the football team, lifting weights."