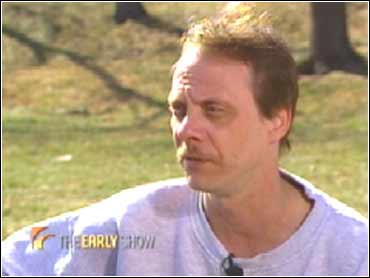 Imagine being told you're going to die -- soon. You might even know the date.

Meet Earl, Michael and Kirk. These men lost their reputations, years of their lives and they nearly died because they were in the wrong place at the wrong time. They are among 95 people who have been released from death row in the U.S. since 1973 because they were proven to be innocent.

What kind of hurdles have they had to overcome since being released? What kinds of lives have they been able to reconstruct? And what does freedom bring?

In Earl Washington's case, his first desire upon release was to sleep for a whole day. Washington sat on Virginia's death row for nine years until DNA evidence made him a free man on Feb. 12.

Mike Graham compares his newfound freedom to being reborn with an adult mind. He was released last December after spending 14 years on Louisiana's death row for the murder of an elderly couple.

And what was life like on death row? "I couldn't allow myself to think I was going to die," says Graham. "I guess I kept one foot in the prison and one outside."

Graham was 23-years-old when he and another man were convicted of the murders. He was 37 when he won his freedom after a judge ruled the prosecution withheld evidence and relied on false testimony.

"I've always believed a lie won't stand, and it didn't," says Graham, who vividly remembers what he received upon his release.

"They (prison authorities) gave me a check for ten dollars and a coat four or five sizes too big. That's it. They didn't give me anything."

Graham says he is still getting used to his freedom.

"Whenever I leave the house, I tell my mother or brothers, 'I'm going here'. Sometimes I ask," he sayd. "I'm 37-years-old and I feel like a child because that's how you are treated in prison."

Graham agrees with his dad, who predicted his son would have a difficult time adjusting to his freedom since so much has changed in 14 years.

"I'm still overwhelmed [by] technology. It's too fast for me right now," he says. But he doesn't think it will be too hard for him to work. Graham hopes, as soon as he can catch up, to get a job in construction or landscaping.

A former Marine with no prior record, Bloodsworth was convicted in 1985 of raping and killing a nine-year-old girl.

But in 1993, Bloodsworth became the first person in the U.S. to have a capital conviction overturned by DNA evidence.

"Free at last," he exclaimed upon his release on June 28, 1993. He had envisioned what life as a free man would be like and then reality gradually set in.

"It'll be neat at first. You're going to have everything you want. You know, the world is your oyster. However, there's no pearl in that thing. You're got to find that yourself, and it's going ttake time," Bloodsworth says.

"I can remember when I first got out, rolling a quarter in my fingers. It was so new to me, it was almost like I'd never had one in my hands before," he adds.

And money is still something Bloodsworth can't quite grasp. The State of Maryland awarded him $300,000. But legal bills and bad investments left him broke within six months. And getting a job was tough.

It starts right off the bat, he says, when he has to fill out a job application and he comes to the question "Have you ever been convicted of a crime?"

"And you know there is only one way to answer that question: You have," Bloodsworth says.

In the nearly eight years since his release, Bloodsworth has struggled at times. At one point he was homeless and living out of a truck. And while he has had various jobs, he has rarely felt accepted by his co-workers.

"They would do stuff like put little messages or newspaper clippings on my work station. Or write child killer on the side of my pickup in the dirt on my truck," he says. "You are labeled regardless of what you do. In essence, you are always going to be remembered for that (rape and murder incident)."

When Bloodsworth was released from prison, he moved to Maryland's eastern shore. Now he's married and trying to make a living as a crabber. He is free, but cannot let go of his fear.

To keep it from happened to others, Bloodsworth also works with The Innocence Project in the fight against capital punishment.

Graham is waging a similar fight. He appealed unsuccessfully to the Virginia legislature seeking a moratorium on executions. And he is considering suing the State of Louisiana for his incarceration.

"I'm not going to sit here and even imagine trying to put a price tag on it. But they owe me a future for the past they destroyed," says Graham.

Since Illinois declared a moratorium on executions 14 months ago, many states have begun to question their death penalty laws.

And on Wednesday, Senator Patrick Leahy, D-Vt., will reintroduce the Innocence Protection Act, a bill that would require the federal government to provide financial compensation for people wrongly imprisoned. It would recommend that the states do likewise.