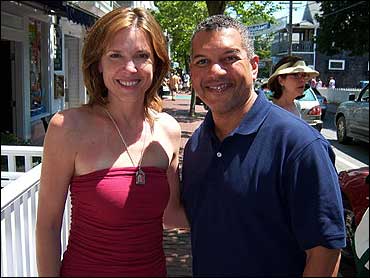 Airline pilots are proposing a cockpit security measure that they had strongly opposed before the Sept. 11 attacks, CBS News Correspondent Bob Orr reports.

"Creating a program to allow specially trained and screened pilots to carry weapons in the cockpit must be a top priority," the union's president, Capt. Duane Woerth, told a House aviation subcommittee Tuesday.

"It is an extreme measure because we have a new extreme threat," Woerth told CBS News before the hearing.

"Today, we are dealing with terrorist suicidal operations," he added. "The cockpit must be defended, and the pilot must play a pivotal role in defending their place of work."

In the immediate aftermath of the terrorism attack, pilots called for dead-bolt locks and mesh barricades to turn cockpits into protected bunkers.

Union spokesman John Mazor said armed pilots in cockpits was a "radical step" for the union, but the idea has had overwhelming support from its pilot members.

"It's called 'frangible bullets' — they basically disintegrate upon impacting a target, and they are not likely to penetrate the fuselage or cause a rapid depressurization," Woerth testified.

Flight attendants want to be armed with stun guns.

"We absolutely believe there needs to be some non-lethal personal protection devices in the cabin of the aircraft," said Patricia Friend, president of the flight attendants group, "particularly since we are looking at an aviation environment which will really isolate the cabin from the cockpit" — that is, pilots will become less accessible with stronger cockpit doors and a new reluctance to expose the flight deck to a possible intruder.

The union envisions an armed-pilots program that would be strictly voluntary and would require extensive background screening and psychological testing of pilots. Pilots also would receive classroom and practical training in the use of firearms that is the equivalent of what armed sky marshals receive.

The union has asked the FBI to handle the program and training, and is awaiting its response, Mazor said.

"Before Sept. 11, on balance, it was thought that guns brought more risk than benefit to the cockpit," he said.

The union has urged pilots to act aggressively in terrorist situations. For example, all cockpits are equipped with a crash ax. The union advised its members that they should consider using it as a weapon in a suicidal hijacking.

"The pilot must be prepared to kill a cockpit intruder," the union advised.

Some passenger advocates say arming the pilots would restore confidence to shaken travelers.

And Arenstein reports some in Congress, including House Minority Leader Richard Gephardt, said pilots should not carry guns, and should not have to double as sky marshals.

ALPA represents more than 67,000 pilots at 47 airlines in the United States and Canada. It is based in Herndon, Va.