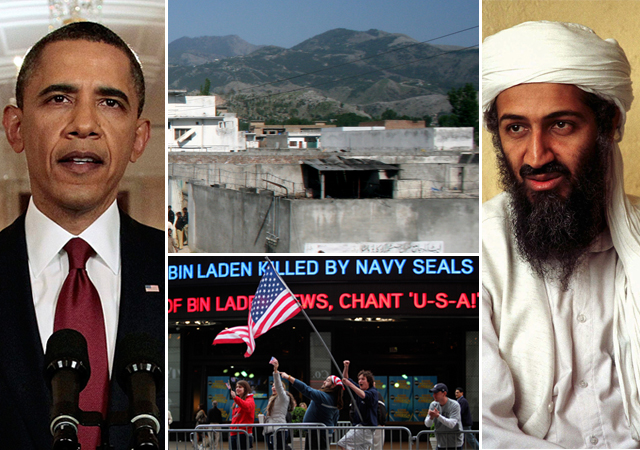 Last week, President Barack Obama ordered an elite military force onto foreign soil without permission to get an enemy of America. While that may have been perfectly legal under American law thanks to post-9/11 legislation, and the U.S. has said it would have taken Osama bin Laden alive, the event had the appearance of being a potentially unilateral, state-sponsored, extrajudicial assassination abroad.

Yet apart from a few Islamic extremist-friendly governments like Hamas, there has been at best a whimper of international indignation over the act. Perhaps that is because many countries throughout the world have a long, sordid history of state-sponsored assassination abroad.

The practice of using assassination as a foreign policy tool reached a frenzied peak during the Cold War, when the whole world was a battlefield between Communist states and the West. Among the most famous examples of Cold War assassinations happened on September 7, 1978, when Georgi Markov, a Bulgarian radio journalist and prominent Kremlin critic, was shot with a poison bullet from a modified umbrella on a London bridge, and died after a prolonged agony.

Throughout the 20th Century, the U.S. was also implicated in a laundry list of actual and planned assassinations in places like Congo, Angola, Cuba and Nicaragua. Despite a 1976 executive order banning assassinations by U.S. forces, there may have been as many as 14 major assassination attempts that took place between the order being made official and 2006.

The terrorist attacks of 9/11 brought back an official government program of state-sponsored assassinations, and several media outlets have reported that the U.S. has a kill list of sorts for Americans abroad considered to be threatening Islamic extremists. Now that bin Laden is dead, American-born Islamic cleric Anwar al-Awlaki, who is based in Yemen and blamed for a host of anti-American terrorist attacks and plots, is one of the more famous members of said list.

In recent years, the most visible and widely criticized practitioner of state-sponsored assassination abroad is Israel. They began their history with it after World War II, hunting down Nazi escapees in South America and elsewhere. Later, Israel drew widespread condemnation for upping the practice against Palestinian terrorists hiding abroad, a practice made famous by the movie "Munich."

Israel might get the most attention because of how often they have either owned up to the practice, or have simply been caught doing it, but countries large and small consider it their right to track down and kill enemies without permission abroad.

In 2006, the U.K. accused Russia of ordering the assassination ex-KGB operative Alexander Litvinenko in London by using polonium, a radioactive substance. The world watched in amazement as the once-healthy Litvinenko deteriorated and died quickly before its eyes from a kind of radiation poisoning that is impossible to just fall ill with randomly.

The Russians expressed outrage over the accusation, but did little to offer an alternative explanation.

From the world's largest country (by landmass) to one of its smallest, Equatorial Guinea's government ordered the abduction of four exiles last year in Benin accused of plotting an alleged coup against longtime dictator Teodoro Obiang Nguema Mbasogo. The four men were abducted, tried in a kangaroo court and executed in a short time span with almost no real due process. While that is not quite the same as assassination, it is doubtful the Beninoise government sanctioned the whole affair.

The British government was accused of several state-sanctioned assassinations in Northern Ireland during the worst of the troubles there.

The French were notorious for assassination plots in their former colonies throughout the Cold War. The French defense ministry is even accused of going beyond mere political assassinations. In the mid-1980s, Richard Belfield wrote in his book, "The Assassination Business: A History of State-Sponsored Murder," that French assassins attacked a Greenpeace boat off New Zealand and left behind their scuba gear. The environmentalist group's famous "Rainbow Warrior" boat was sunk in the attack, killing a man.

No matter how the fallout from the killing of bin Laden unfolds, unilateral state-sponsored assassinations abroad are an apparently integral part of how governments throughout the world operate, and will not be ending any time soon.