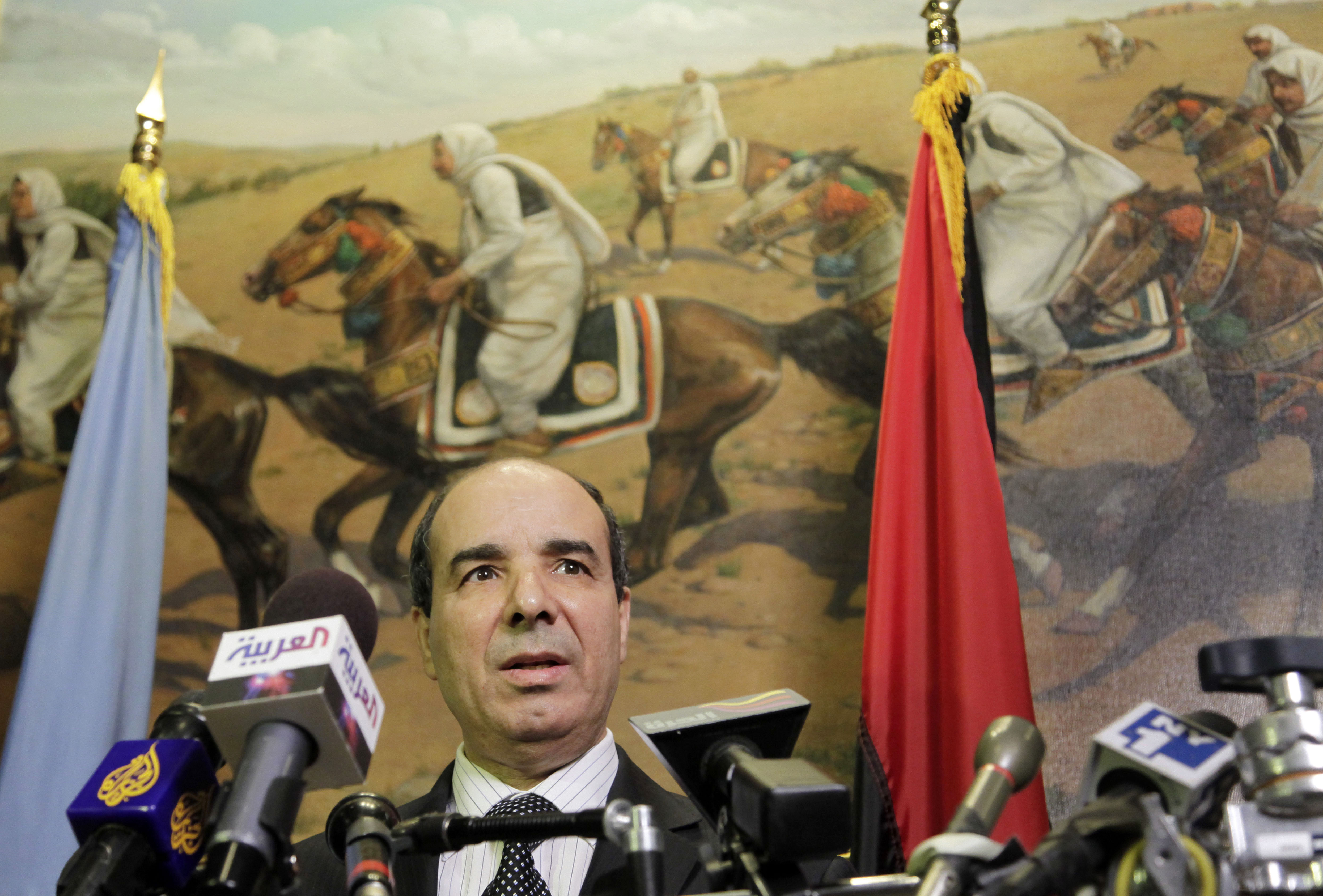 UNITED NATIONS - Libya's ambassador to the United Nations warned Wednesday of "full-blown civil war" if the chaos and division in the North African country continue.

Ambassador Ibrahim Dabbashi told the U.N. Security Council that he had always excluded civil war as a possibility, "but the situation has changed."

The council unanimously approved a resolution calling for an immediate cease-fire and extending sanctions against people threatening Libya's stability.

Libya currently has two rival parliaments in different parts of the country, and two different governments, after the outgoing parliament reconvened and appointed a new prime minister. The divisions are rooted in rivalries between Islamists and non-Islamists, as well as powerful tribal and regional allegiances.

The U.N. secretary-general's special representative to Libya, Tarek Mitri, said the U.N. had no way to confirm that Egypt and the United Arab Emirates secretly carried out airstrikes against Islamist militias inside Libya, as the United States publicly acknowledged Tuesday.

"It's worth noting there was no clear denial of those airstrikes," Mitri said, adding that such a move cannot help Libya achieve a cease-fire.

Mitri also stressed that no military solution is possible in Libya, which continues to be torn apart by turmoil more than three years after the uprising that forced longtime strongman Moammar Gadhafi from power.

Until the deep divisions can heal, Libyan society is threatened by further disintegration, Mitri told reporters after his final briefing the council in this post. The newly appointed U.N. envoy to Libya, Bernardino Leon, on Tuesday said that only an inclusive political process will restore order.

Libyan lawmakers recently voted to ask the United Nations to intervene in the ongoing militia battles throughout the country. These militias largely are comprised of the rebels who toppled and later killed Gadhafi in 2011, and successive transitional governments have failed to control them.

The new Security Council resolution condemns the violence that has caused thousands of people to flee the capital, Tripoli, and turned Benghazi into a battlefield between Islamist militias and fighters loyal to a renegade army general.

The resolution also expresses concern at the growing presence of al-Qaida-linked groups in Libya and the number of unsecured weapons and ammunition throughout the country.