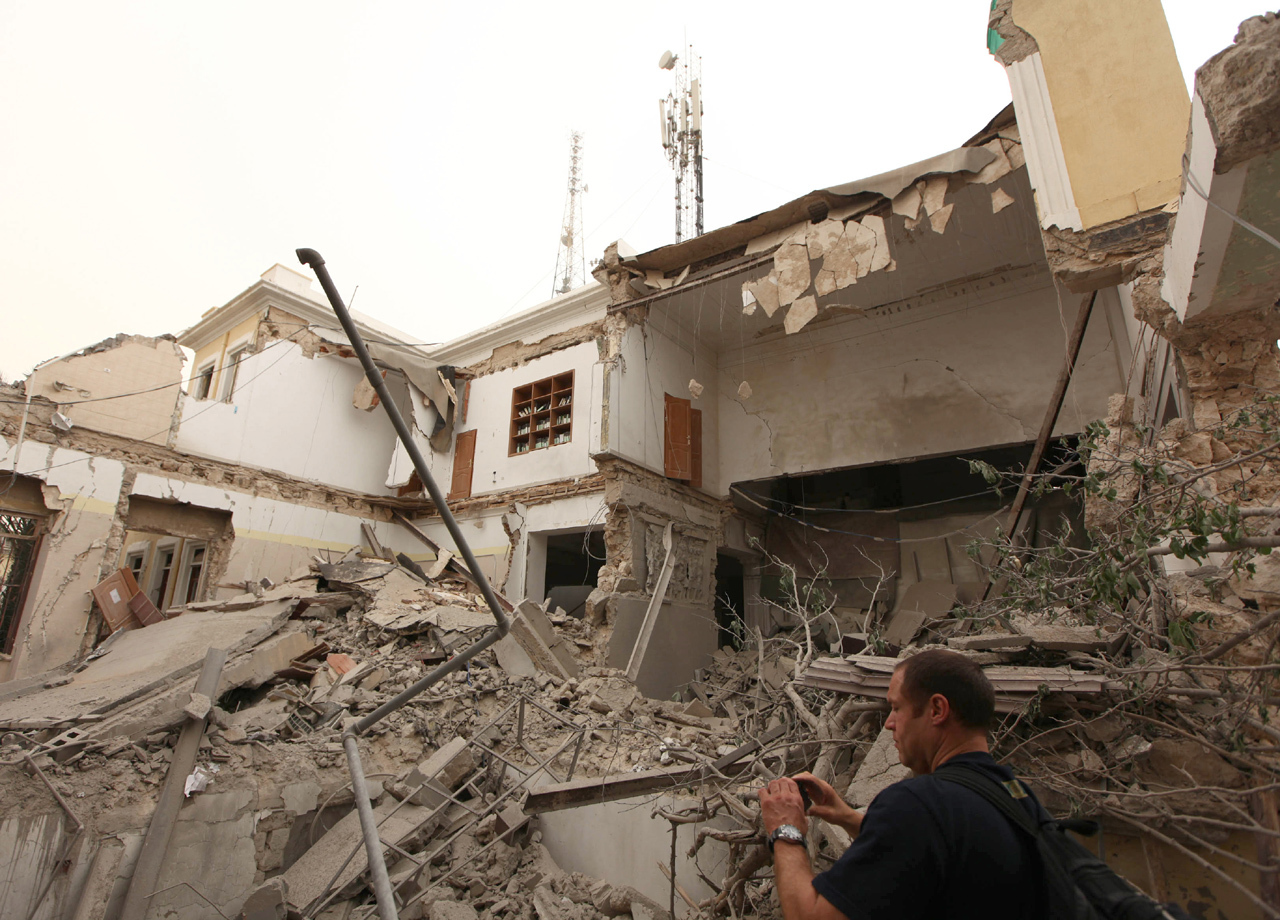 TRIPOLI - In a sign of just how isolated it is becoming, the Libyan government has embarked on what might kindly be described as a Quixotic quest: To take NATO and its leading political figures to a court they hope will be set up somewhere in South America to face charges of "war crimes, crimes against humanity and crimes of aggression."

The case will be pursued by Roland Dumas, a former French foreign minister whose career ended under a cloud of unproven allegations of corruption; and Jacques Verges, most famous as the lawyer who defended Nazi war criminal Klaus Barbie and the infamous terrorist "Carlos the Jackal." The legal team might be described as going some way towards validating the adage "With friends like these ..."

The tactic is a kind of class action suit on behalf of the families of thirteen people allegedly killed by NATO airstrikes.

At a press conference in Tripoli on Sunday to announce the plan, representatives of the petitioners held up photos of their dead loved ones, while the two lawyers promised, "We will compensate you for your sadness."

Questioned as to whether or not families in places like the besieged city of Misrata might also be entitled to similar compensation, Dumas retorted that the Libyan government was fighting a war against a rebellion that had outside help.

As an example, he cited the recent visit of the left wing French philosopher Bernard Henri-Levy to the rebel-held areas of eastern Libya as part of a plot to provide military expertise to the rebels.

If posturing in the center of the trashed town of Ajdabiya dressed like someone who got lost on his way to a Left Bank literary soiree is providing military expertise, it's little wonder the rebels haven't won.

But then, Dumas and Verges did take at face value a claim made to them by a Libyan doctor that he had treated 20,000 victims of the bombing.

While there is no doubt that some civilians have been innocent victims of NATO air strikes, reporters who have been here for some time and have gone on every facility trip offered by the Libya minders that accompany journalists everywhere wondered why they had seen only a handful.

The two French lawyers quivered in righteous indignation over what they said was clear evidence that the air strike in which one of Qaddafi's sons died was clearly an attack on a civilian home.

And should charges ever be laid against Colonel Qaddafi over what his forces might or might not have done to civilians, Verges said he would be happy to act as his defense lawyer.

As for what the case at hand might cost, and whether or not they were taking money from the Libyan government, the two lawyers would only say that they were like lawyers anywhere.

One wonders what the bar associations in the countries whose leaders they hope to take to court might have to say about that.