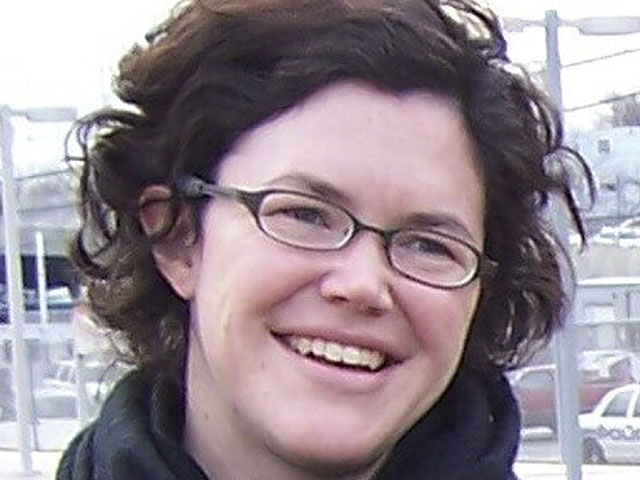 TRIPOLI, Libya - Four foreign reporters held by the Libyan government for several weeks have been released and moved to a Tripoli hotel.

Clare Morgana Gillis, an American, says she and her three colleagues were freed Wednesday, a day after a judge gave them a suspended one year sentence on charges of entering the country illegally.

She told reporters based at Tripoli's Rixos Hotel that she and her colleagues - American James Foley, who had been covering the conflict in Libya for the Boston-based news agency GlobalPost, Manu Brabo, a Spanish photographer, and Briton Nigel Chandler - are fine.

Gillis is a freelance journalist who wrote for The Atlantic and USA Today.

A number of journalists covering the conflict in Libya have entered the country without visas, especially if they expect to be reporting from rebel-held territory.

Foley's friends and family had been holding regular vigils and rallies to draw attention to Foley's detention, most recently one in New York City on Sunday that was attended by both David Rhode, a New York Times journalist who was held captive by the Taliban in 2009 for seven months, and Tyler Hicks, who was one of the New York Times journalists captured by Gaddafi forces in March, GlobalPost reports.

Qaddafi's regime has been battling to put down protests demanding his ouster since February. Rebels have taken control of most of the eastern part of the country and other, scattered areas, helped by NATO bombing runs aimed at preventing Qaddafi's forces from attacking civilians.

Foley and Gillis had been visited by an intermediary in mid-May, according to a GlobalPost spokesman, and were reported in good health and being treated well. Foley's family is from Rochester, New Hampshire, while Gillis' parents live in New Haven, Connecticut.

Photojournalist Manuel Varela de Seijas Brabo, who works under the name Manu Brabo, was in touch with his parents by phone at least one.