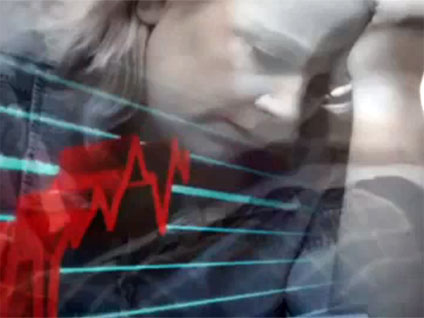 Conservatives have warned Democrats that a vote for health care reform will be used against them in their next elections, but now liberals are telling Democrats a vote against the bill will result in a political challenge from the left. Even some liberal proponents of health care reform who once decried the Senate health care bill for not going far enough are now attacking liberal Ohio Rep. Dennis Kucinich for standing by his pledge to only support a bill with a public option.

The group also launched a campaign to raise pledges of financial support from its remembers to back primary challengers against Democratic House members who vote against the bill.

"With the big vote happening as early as this Friday, Conservative Democrats need to know the stakes if they choose to side with Big Insurance over the voters on health care reform," MoveOn said in an e-mail to its supporters on Monday. The group highlights the strength of its organization -- MoveOn has already raised over $1 million for Bill Halter, a progressive primary challenger to moderate Democratic Sen. Blanche Lincoln of Arkansas.

Powerful union leaders are also threatening to run third-party candidates against Democrats who do not support the health care bill, a move that could help elect Republicans in swing districts. The Service Employees International Union is already preparing to potentially back candidates in New York, Illinois and Pennsylvania, the New York Times reports.

The tactic is a reversal for MoveOn, which initially pressed for a more robust health care plan. "It's time for progressives to stop bargaining with themselves," MoveOn wrote in a Dec. 14, 2009 e-mail. "We need Senate Democrats to fight for the majority of voters who want a public option--and not let a few out-of-touch conservatives gut real reform."

The decision was made to back the Senate bill, however, after MoveOn polled its members and found that 83 percent want the bill passed. "The final health care package being crafted is far from perfect--and we'll keep fighting together for improvements," the group says in its Monday e-mail.

MoveOn is also a sponsor of a rally outside of Rep. Dennis Kucinich (D-Ohio)'s Lakewood, Ohio office this afternoon to show support for the health care bill.

Kucinich says he is not yet backing the health care bill because it is not liberal enough, a position that has won the ire from some liberal commentators. The filing deadline for any candidate interested in challenging Kucinich in a primary has passed already, but that hasn't stopped some from endorsing the idea.

"What he is doing is undermining this reform," Daily Kos founder Markos Moulitsas said last week in an appearance on MSNBC. "He is making common cause with Republicans. And I think that is a perfect excuse and a rational one for a primary challenge."

Kucinich's position, however, is not far from the stance Moulitsas took on the Democrats' health care package back in December. "I think it's very clear, this is not insurance or healthcare reform," he said on NBC's "Meet the Press" on Dec. 20, 2009. "What it is, it's allowing more people, 30 million people, to buy into the existing broken system."

Kucinich was not available for interviews today; however, he told Juan Gonzalez of Democracy Now earlier this week, "I have a responsibility to take a stand here on behalf of those who want a public option... If I were to just concede right now and say, 'Well, you know, whatever you want. All this pressure's building. Just forget about it,' actually weakens every last-minute bit of negotiations that would try to improve the bill."

The congressman's obstinance earned the attention of the president yesterday, when Mr. Obama traveled to Kucinich's district for a rally and egged on an attendee screaming for the legislator to vote for the bill.

A House vote on the health care package could come as early as Friday, but it is still unclear whether Democrats have enough votes to support it. A collection of pro-reform groups today are rolling out a new $1.4 million ad campaign this week in 11 key districts to coincide with the expected timing of the vote. The ads are sponsored by Health Care for America Now, SEIU, the American Federation of State, County and Municipal Employees (AFSCME), and Catholics United.

"After a year of debate, and decades of knowing that the system needs to be fixed, it's time to put health reform to a vote to see who sides with the American people and who sides with the insurance industry," AFSCME International President Gerald McEntee said in a statement. "Let's get this done - now."