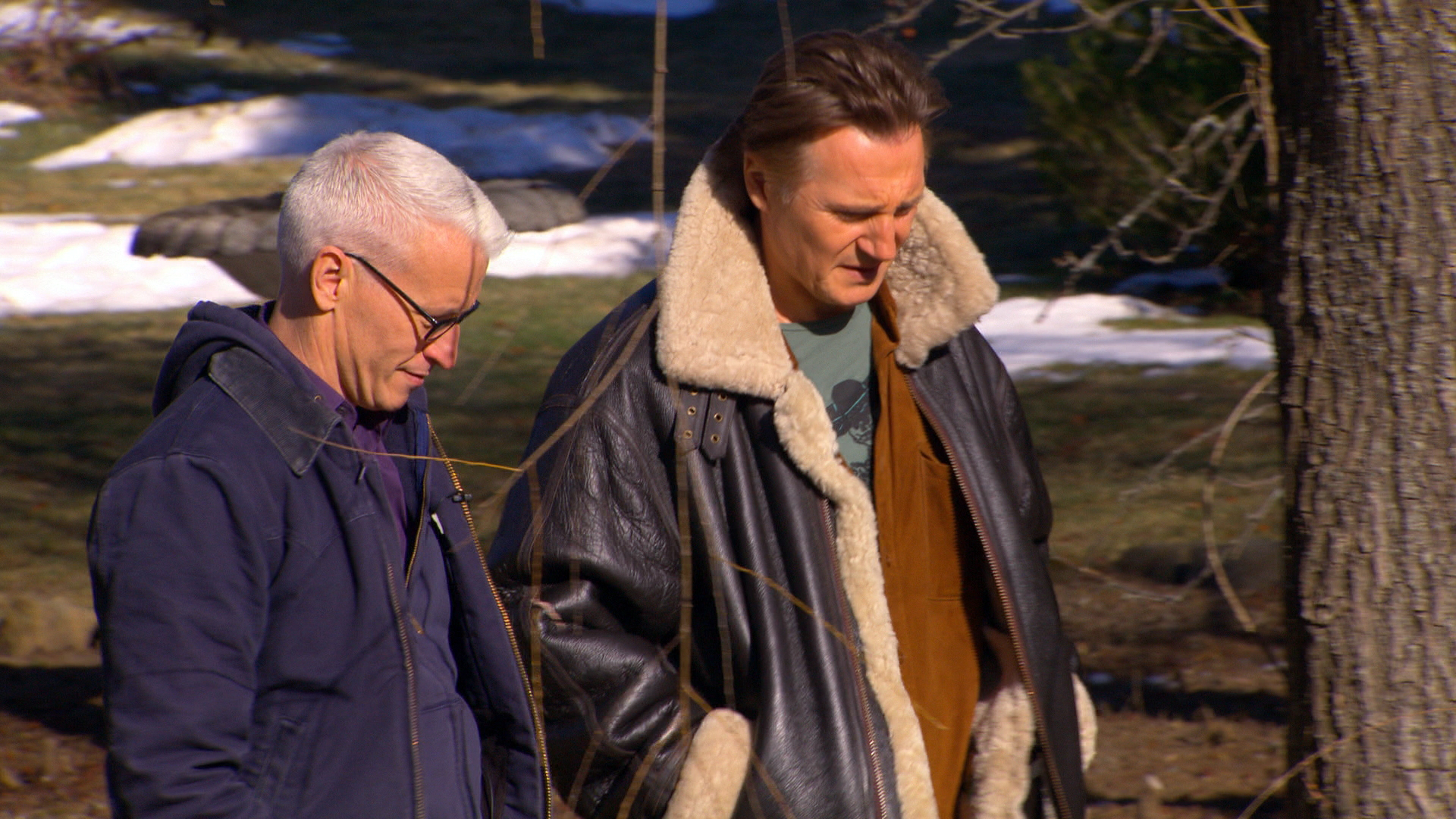 A long, thoughtful conversation about grief and loss between two men-- it's not something you hear every day, particularly from a high-profile interview with a Hollywood star.

This week, Liam Neeson and Anderson Cooper sat down together in the home Neeson shared with his late wife Natasha Richardson and spoke candidly about living with loss.

"I wanted very much to have a conversation with Liam about grief," says Cooper. "People don't really talk about grief and loss enough in this country, I think, and for those of us who have suffered losses in our lives, it's something we think about all the time. Not talking about it feels almost artificial."

Five years ago Neeson's wife died in a skiing accident, leaving him to raise two sons alone. He has said very little about her death publicly until his interview with Cooper.

After Richardson's death, Neeson returned to his work only days later, throwing himself into the all-consuming labor of filmmaking. He told Cooper on 60 Minutes that he didn't want his sons to see him "wallow" in depression. Five years later, Neeson visits her grave often, planting daffodils and roses. He also shared that he hasn't been able to get rid of his wife's clothing.

"There's no timeline for grief," says Cooper. "It can go on for an entire lifetime, obviously."

Neeson grew up in a town called Ballymena in Northern Ireland, but he later settled with Richardson in a small town in upstate New York. It was there that Neeson and Cooper met, walking past the spot on the 75-acre property where Neeson and Richardson wed. The home was filled with photos and mementos from Richardson's life; Neeson said he had no intention of removing any of it.