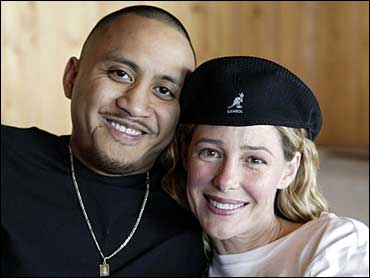 Mary Kay Letourneau, whose notorious seduction of 12-year-old boy led to more than seven years in prison, has married the former student she was convicted of raping.

The couple have been in the spotlight since Letourneau was imprisoned in 1997. But when she was released last August, the couple — who have two daughters together — reunited.

The ceremony was at the Columbia Winery in Woodinville, about 20 miles northeast of Seattle, Annino said.

"Mary Kay was whisked out of the hotel to this venue under intense security," she said. "She arrived here with a sheet over her head. She had to lie down in the car coming in to avoid the paparazzi."

Letourneau and Fualaau gave a series of interviews to "Entertainment Tonight" and its sister TV show, "The Insider," which had exclusive rights to the nuptials. Show officials said they did not pay for the wedding.

The couple first met when Fualaau was in the second grade. Their relationship became sexual when he was 12 and she was a 34-year-old married mother of four, a teacher at a suburban elementary school.

Letourneau was pregnant with Fualaau's first child when she was arrested in 1997. She pleaded guilty to second-degree child rape and was sentenced to 7½ years in prison, with all but six months suspended.

Within weeks of her release, she was caught having sex with Fualaau in her car and ordered to serve the remainder of her sentence. She gave birth to the couple's second daughter while serving time.