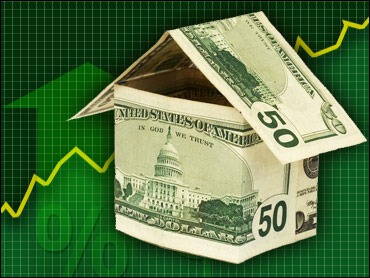 This column, Other People's Money, is written by CNET's Declan McCullagh. It appears each Wednesday on CBSNews.com.

By now it should be clear that our economic woes have been caused in large part by an unsustainable increase in housing prices, which are now falling back to earth.

Some of the blame must go to politicians like Democratic Rep. Barney Frank, whose prognosticating abilities were evident five years ago when he fought reform of Fannie Mae and Freddie Mac by claiming they do not pose "a problem with a threat to the Treasury." Whoops.

Meanwhile, the Bush administration is horrified that Americans are saving money and banks are returning to the tighter lending rules they used a few years ago. It announced this week two different programs totaling $800 billion that could, in part, goose house prices by lowering mortgage rates.

On Capitol Hill, house builders have been swarming like houseflies. Toll Brothers wants Congress to "stimulate demand by reducing mortgage rates and fees" and creating more tax incentives to buy homes. The Wall Street Journal reported on Monday that builders are "ramping up" lobbying efforts.

In reality, more government intervention will do more harm than good. The sooner prices are allowed to naturally fall to normal, post-bubble levels, and the sooner that houses become affordable, the sooner the economy can heal itself and start growing instead of contracting.

By way of analogy, imagine a reprise of the Dutch tulip mania of 1637. Say the price of tulip bulbs has grown handsomely in the last few years, and impressive fortunes were made by early speculators.

Bidding wars erupt, with the winners hoping to resell them the bulbs at a handsome profit months or years later. Cable TV hosts proclaim that a golden age of prosperity has dawned. Prized bulbs change hands for $1 million each, and skeptics are reviled as doomsayers.

Eventually this boom leads to a bust, as new buyers become scarce, and the price of tulip bulbs suffers a dizzying fall down to $10 each. Speculators complain to Congress. Politicians pledge to use tax dollars to purchase bulbs for $1,000 or $10,000, invoking phrases like "stability" and "liquidity crisis," or offering taxpayer-backed loan guarantees to speculators.

This would sound silly for tulips, but it's close to what's happening for houses. All this will do is slow -- and not arrest -- the process of prices falling. Not even the president of the United States can veto the laws of supply and demand.

It's difficult to convince someone to buy a tulip bulb (or house) today if he thinks the price will be a lot lower in a year. Worse, government spending diverts funds away from productive purposes, including investment, education, and infrastructure.

In the decade ending August 2008, according to S&P Case-Shiller data, house prices in New York metropolitan area leaped by 2.2 times, though incomes grew only modestly. The Washington, D.C. area experienced a 2.1-fold jump -- while non-bubbly areas like Cleveland saw an increase of a mere 1.17 times, which is consistent with incomes and inflation.

The median family income in Allentown, Penn. is $46,400, and the median home price is $125,000, meaning houses tend to cost 2.7x the median income. Compare that to San Francisco, where homes consume a whopping 11.6x the median annual salary.

Robert Shiller, who teaches economics at Yale University, has calculated that housing prices have remained remarkably constant from 1890 through 1998, rising only 13 percent when adjusted for inflation -- through world wars, the automobile, and the rise of the two-income family. When the dot-com bubble burst, money flowed into real estate, encouraged by the Federal Reserve cutting interest rates more than prudence allowed.

Which brings us back to a taxpayer-funded "rescue" of homeowners. It's true that many people who bought homes in the last decade acted responsibly, made sizable down payments, and purchased a house within their means; they owe more than they paid through no fault of their own.

On the other hand, many people were speculators, fibbing about their income, lying about their assets, and treating their house as an ATM to finance cruises and flat screen TVs. Many banks were in on the game, knowingly placing people in homes they couldn't afford. Even if a bailout is justified, Washington is in no position to determine who's deserving and not. Any bailout punishes renters and Americans who were fiscally responsible by taxing them to benefit those who weren't.

Prices in some areas need to fall, and the market needs to return to normal. Eventually it will. All Washington can do is prolong the pain.