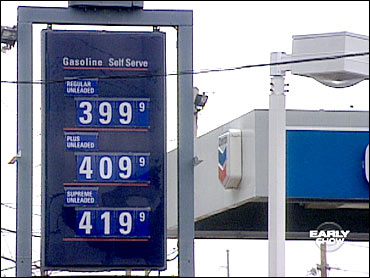 The price of a gallon of gasoline just passed $3.75 a gallon, and a barrel of crude is over $127 a barrel as of noon today. Both prices seem outrageous, and unimaginable say, a year or two ago.

President Bush is in Saudi Arabia today asking the King for more oil production, hoping a few more barrels in the world market might help ease prices a bit. Gasoline consumption is down in America. More and more folks are using public transportation. Carpooling is making a comeback. And then there is the good old bicycle.

It is national Ride Your Bike To Work Day. And today, like most every other day of the year, I rode my bike. If you, too, ride your bike, you'll burn hundreds of calories and you'll make a dent in the amount of carbon monoxide disgorged into the air every day. A little less poison. A few more pennies in your pocket. What's not to like?