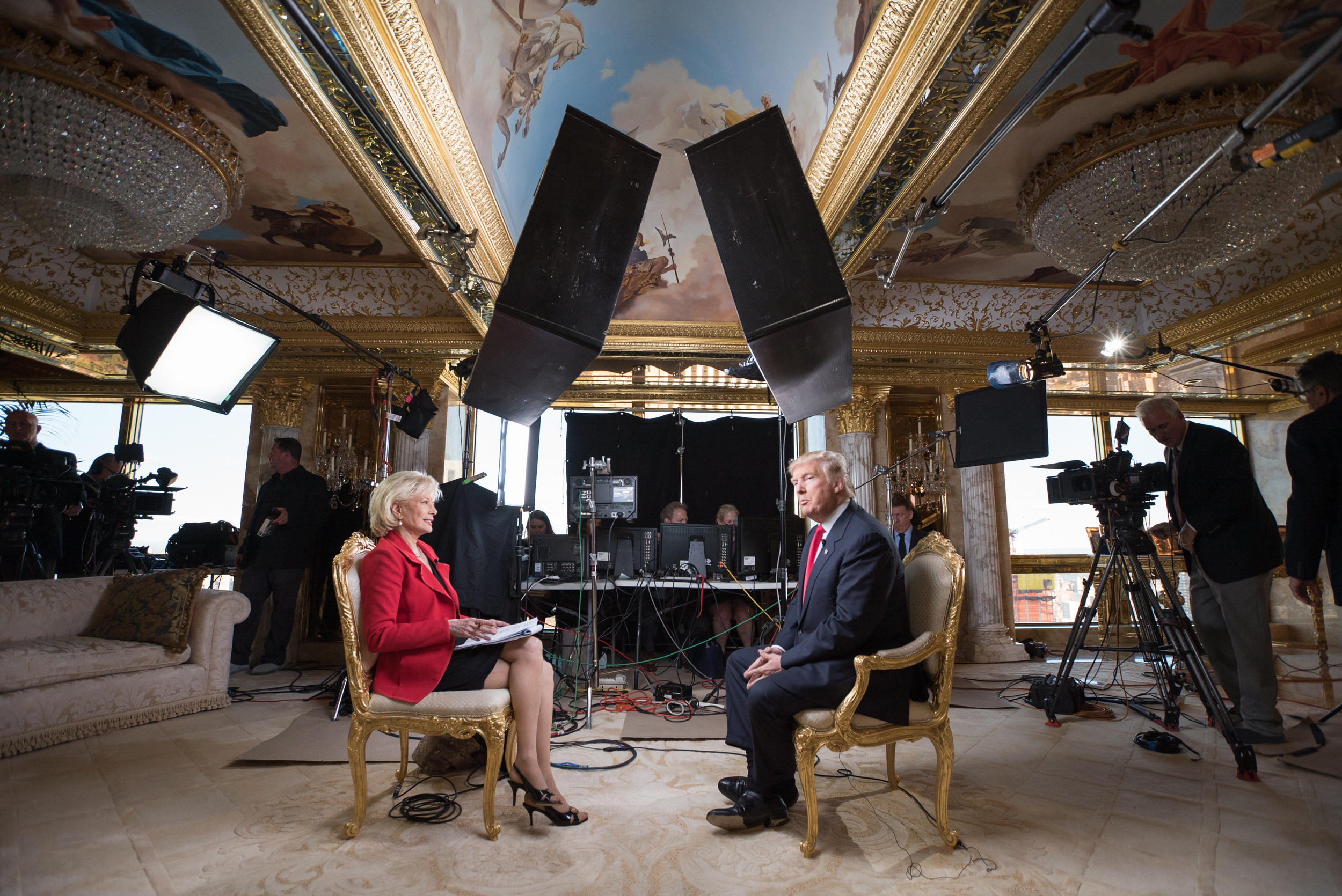 CBS "60 Minutes" correspondent Lesley Stahl has revealed a candid remark made to her by then-presidential candidate Donald Trump in 2016. Stahl told a group of fellow journalists at the Deadline Club Awards Dinner in New York City earlier this week that Mr. Trump had admitted his consistent attacks on the media were meant to "discredit" journalists so that negative stories about him would not be believed.

Stahl was the first television journalist to sit down with Mr. Trump for an interview following his election victory. Their wide-ranging on-camera interview did not delve into Mr. Trump's attitude toward the press, but Stahl said on Monday night that in a candid, off-camera meeting earlier that year, she pressed him to explain his barrage of insults aimed at journalists, and he gave her a clear explanation:

"I said, 'You know, that is getting tired. Why are you doing this? You're doing it over and over. It's boring and it's time to end that,'" Stahl said on stage alongside "PBS Newshour anchor Judy Woodruff.

"He said, 'You know why I do it? I do it to discredit you all and demean you all so when you write negative stories about me, no one will believe you.' He said that," Stahl told the audience, adding, "So, put that in your head for a minute."

The audience, and Stahl's fellow panellist Woodruff did take a moment to process the remarks.

"We're all absorbing what you just said," Woodruff said in reaction.

While the extended interview that "60 Minutes" aired did not discuss Mr. Trump's views on the press, Stahl did allude to them in a post interview discussion on CBSN, saying he appeared to be struggling with the challenge of keeping his base happy while also assuring the wider American public that he was going to work for them.

"That's always going to be a tug-and-pull for him, and I felt him grappling with it right there and then with me in the room," recalled Stahl. "And he wants to blame the press for everything… believe me, he showed no combativeness, no bitterness toward anybody but the media."

Mr. Trump has continued his fight, largely on the battleground of social media, against what he derides as the "fake news" media. According to polling and interviews cited by The Associated Press at the beginning of this year, the tactic appears to be sowing seeds of doubt, as intended.

EDITOR'S NOTE: This story originally stated that Mr. Trump had made the remark about trying to "discredit" the media to Stahl when she was at his office for the "60 Minutes" interview in November. It has been corrected to reflect that the remark was made during an informal meeting between Mr. Trump and Stahl in July 2016, before Mr. Trump won the presidential election.