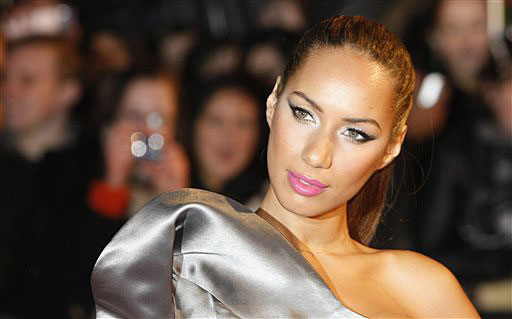 NEW YORK (CBS) A newly single Leona Lewis has reportedly called off her upcoming plans to tour in Australia, Asia, and Europe as she is "heartbroken" over her breakup with longtime beau Lou Al-Chamma.

An insider told a British tabloid that the "Bleeding Love" singer will instead head into the studio to put her anguish into a new album.

She was recently spotted heading into the studio with hit-maker Dallas Austin.  The two are reportedly collaborating on Lewis' third studio album,  a re-release of "Echo," which is set for a Christmas release.

"Leona's heart just wasn't in the tour towards the end of the U.K. leg," the source told the Sunday Mirror. "She was upset, teary and heartbroken over her split with Lou. She'd been with him for 10 years."

Back in June, "The X-Factor" winner and her childhood sweetheart Al-Chamma decided to part ways. The singer's busy schedule and British tour were rumored to be key factors behind split.

Lewis was set to make her U.S. tour debut this summer as an opening act for Christina Aguilera. But, those plans were also scrapped as Aguilera announced in May that she was postponing her 20-date "Bionic" tour to an unspecified time in 2011.