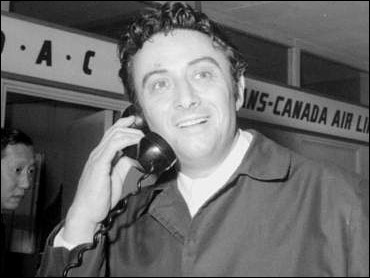 Pataki called his decision, the first posthumous pardon in New York state, "a declaration of New York's commitment to upholding the First Amendment," which protects freedom of speech.

The campaign to win a pardon for Bruce was supported by his ex-wife and daughter, more than two dozen First Amendment lawyers and entertainers including Robin Williams and the Smothers Brothers.

"Lenny Bruce was one of the first poster boys for free speech, and even though it's long in coming, the pardon I think is well deserved … I think it's a symbolic and virtuous thing the governor did for Lenny Bruce," said comedian Tommy Smothers in an interview with CBS Producer Frank Teltsch.

"He is a hero to many of the comedians who recognize his work, and was also a very good constitutional observationist," Smothers said.

During a November 1964 performance at Cafe Au Go Go in Greenwich Village, Bruce used more than 100 "obscene" words. Undercover police detectives attended the show, and later testified against Bruce. The charge was Giving an Obscene Performance.

He was convicted following a six-month trial. Bruce mishandled his own appeal, and, beset by legal and financial problems, died of a drug overdose in 1966 at age 37 with the conviction still on the books.